Bazaar Restaurant Gold Coast: Which Worldly Markets Will You Eat At Tonight? 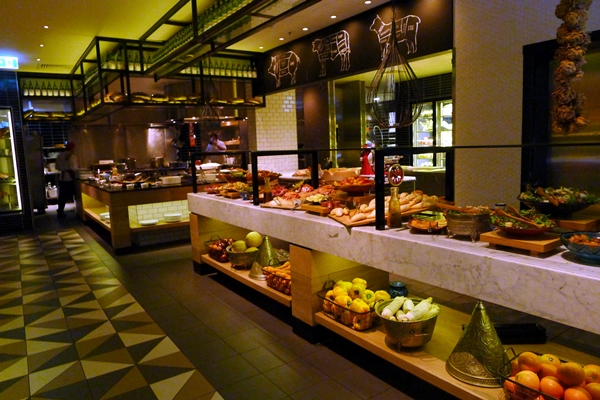 Reading reviews of Bazaar will leave you with images of the Grand Bazaar in Istanbul, surrounded by colorful carpets, bags of spice and dried fruits. You’ll start to picture yourself picking from this and that, having a nibble (or a feast) from the eclectic mix of local delicacies.

Or, you might envision yourself walking on the streets of China, picking up barbecue pork buns or fried noodles for an evening meal.

Bazaar sounds exotic and rustic… and enticing. I wanted to eat there from the moment I read through my Gold Coast itinerary and the visions above played out in my head.

We arrived for our dinner at Bazaar on the first night of the trip with eagerness. First impressions: not nearly as rustic as expected. The trendy and modern vibe of the hotel, however, weaves throughout shiny steel workstations adorned with crock pots and baskets set in front of fiery ovens and hot woks. To the left as you entered hung curing meat — whole pigs and salamis just waiting to be used for the next dish.

The first section of Bazaar was set with crock pots of slow-cooked meals, everything from barbecue ribs to duck a l’orange, and side dishes that included made-to-order zucchini flowers. If you want a steak, this is where you ask your working chefs, each manning their stations of the buffet like individual market stalls.

The next section is stocked up with fresh breads and homemade pizzas, laid out next to overflowing baskets of cheeses and fresh fruits. The seafood section looks like a grid of oysters and prawns set out on ice. 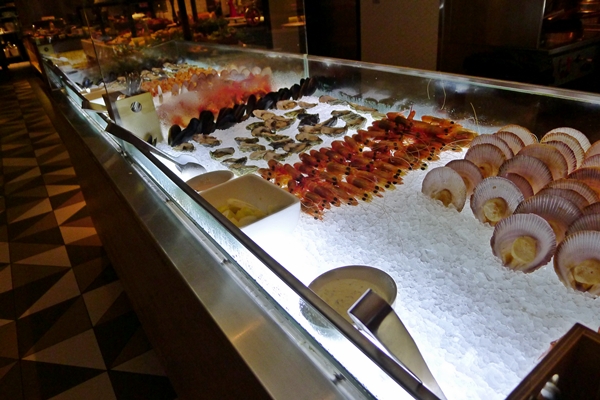 Round the corner to find the Asian food section where hot woks are in use to prepare stir-fry and other Asian food delights. Don’t forget about the dumplings and buns being kept warm in their bamboo steamers. 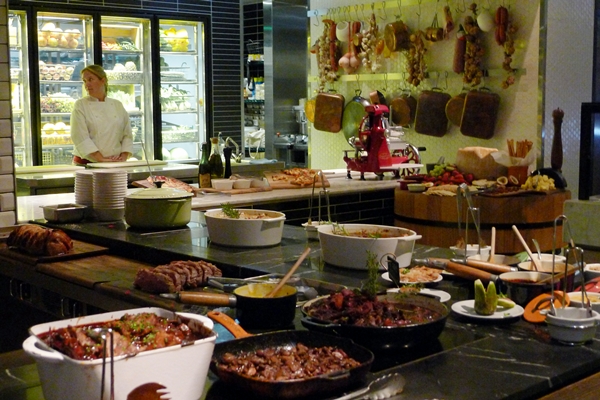 The best part about Bazaar? You can ask the chefs to prepare anything you desire… that is if you can’t find what you like already laid out.

Bazaar could be classified as one of the most surprising buffet dining experiences ever. Even at $60 per person, it is not a tough sell given the class of food on offer in such funky surrounds. You’ll go on a worldwide tour just over dinner with bits of cuisine from here and there, and let’s not forget about dessert, which there is never a shortage of at Bazaar.

My dinner at Bazaar was provided courtesy of Gold Coast Tourism, but all words are my own.