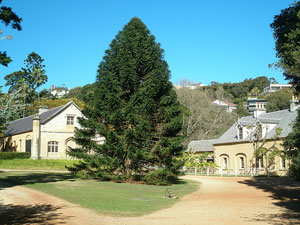 August in Sydney is truly ideal for people who wish to stay in chillier temperatures rather than suffering from the heat of the sun. Sydney is also ideal for individuals who are looking forward to run away from the northern summer. The winter in Sydney is not really too harsh, however, and the climate is normally pleasing. Not only that, there is also plenty to do and see in Sydeny during August.

Rugby Union- Done during the early part of August, Rugby is an aggressive open-air contact sport played by two teams with 15 players on each side. It is played using a football shaped ball. Aussie’s will tell you it’s much more manly than American football.

See how Australia’s national team, The Wallabies compete at the Stadium Australia.

Sun Herald City2Surf –The largest and most enjoyable fun run in Australia will be in Sydney again and you could enjoy all the excitement, color and community spirit. Everybody can participate in the enjoyment. With a lot of individuals joining in fancy clothes, there will be surely an exciting ambiance and something for everybody to enjoy. While you are participating in the run, you are as well doing something to help a chosen charity.

Most of the regions of the city do not get any ice in winter however the inlands suburbs of the city definitely do. The temperatures during the day are cool and are usually degree warmer in inland.

Luckily, in August, the sun tends to be the main feature of the weather in Sydney.

Since August is winter in Sydney, it is definitely off season when you can get flights are truly cheaper. Plenty of airlines are offering great deals during this month so, there is really no problem if you are squeezing your budget a bit as you can take advantage of their promos or airfare sales.

Luckily hotels during this month are expected to be not that filled up because of the season. For this, you can surely find 3-star or 4-star hotels that offer the best deal for the season. Most of these hostels give promos or change their accommodation cost to cater visitors during this off peak season. Thus, it is nice to check the basic of some hotels in order to end up with the good one.