Airfare to Australia down as much as 50% from last year 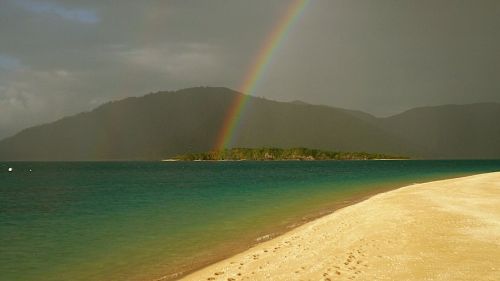 Last year, Australia was fairly far down on my list of places I’d like to travel. Not because I didn’t think the place wouldn’t be totally fabulous, but because a) I knew my recent college grad bank account couldn’t handle a $2000 plane ticket and b) because I thought it would be “too easy” a place to travel. However, the struggling global economy and added competition on routes to Australia from the U.S. has made for some outrageously discounted air tickets to Australia—meaning a trip Down Under slowly started creeping higher on my list of places to travel.

In recent months, however, things have changed and made Australia creep higher on my list of places I have to go. First off, the poor economy paired with Virgin Australia starting several direct flights between Los Angeles and Sydney and Brisbane (putting them in direct competition with former cross-Pacific airline giant Qantas) has forced fares to Australia way down. In fact, now you can fly Premium Economy class on Virgin (as I did on my recent flight from Los Angeles to Brisbane) for the same price as a regular coach ticket would have cost just last year.

While you certainly won’t get the full reclining bed/seats and down blankets in Premium Economy like you do in Business Class, the extra 6 inches of leg space and reclining room (36 inches compared to 32 inches in coach) is definitely a huge bonus on a long flight.

Along with Hawaii, Mexico and Caribbean, Australia is one of the destinations that has seen the most drastic reduction in airfares and travel costs. I’ve seen fares advertised for as little as $600 round-trip from LA to Australia, making the long journey across the Pacific a whole lot more affordable than it was just a year ago.

Last week, I finally had my opportunity to head to Australia on a press trip showing off beautiful Queensland, Australia. While my boss and co head-hauncho over at BootsnAll Chris Heidrich hails from Brisbane, I had never given a whole lot of thought to traveling in the northern portion of the East Coast of Australia. When I imagined a trip to Oz, I had always though first of the Sydney opera house and harbor, where I was sure I had heard murmurings of great Sydney hostels, good times at Bandai Beach and a hopping nightlife.

Since my trip this time led me further north in Queensland, I’ll have to save Sydney for another trip down the road (maybe by then I’ll be out of hostels and looking for hotels in Sydney, Australia). My other reason for not originally traveling to Oz (it’s too easy), surprised even me. Not only is Australia an English speaking country (which automatically makes it much easier to navigate for native English speakers), Queensland also impressed me with a terrific backpacker and traveler infrastructure.

Party hostels in Cairns and party hostels in Brisbane are abound, making sure every traveler Down Under gets a taste of Aussie nightlife. With plenty of other international travelers looking to have a good time and party it up Oz style.