7 Thrilling Reasons to Visit Dreamworld in the Gold Coast 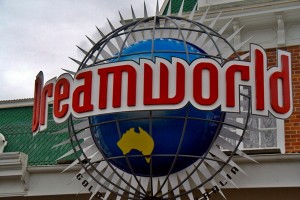 As a self-proclaimed roller coaster junkie, it doesn’t take much to convince me to head to a theme park. In fact, I am generally the person selling friends and family on the prospect as well because… let’s face it… I love some thrilling rides!

On my recent trip to the Gold Coast, I was informed that Dreamworld, one of Australia’s top theme parks, has just added another thrilling ride in honor of its 30 year anniversary. So, that means the Big 6 rides have finally become the Big 7, and I am dying to return to the park and give each and every one a test drive.

The 7 Thrilling Reasons to Visit Dreamworld in the Gold Coast

The BuzzSaw
The newest addition to the Big 6 is the BuzzSaw and it is a thriller for sure! Passengers are harnessed solely on the lap, leaving their upper body to dangle as it is being flipped upside down. The 46m vertical ascent is just the start of a ride that will take passengers to speeds of 105km/hour.

The Giant Drop
The Giant Drop has been thrilling people at Dreamworld since 1999. Coming in at 39 storeys high, it plummets to the earth at speeds of up to 135km/hour.

The Mick Doohan Motocoaster
This roller coaster is a tribute to World Record motorbike racer Mick Doohan. Ride on racing bikes and take off from 0 to 72km/hour in just a mere 3 seconds!

The Cyclone
The Cyclone is full of loops and turns, much like a bad storm. It stands 13 storeys tall and reaches speeds of up to 85km/hour.

The Wipe Out
The Wipe Out may not look like much when not in motion, but this little ride can shake and rattle the best of them. Just imagine being shaken like in a washing machine until you’re left dangling upside before the final slow rotation.

The Claw
The Claw is a giant spinning swing that swoops passengers in every which direction until left hanging ultimately upside down. Give your tummy the shivers on this giant Gyro Swing!

There you go — all seven thrilling reasons to make a trip to Dreamworld on your next Gold Coast adventure!