There’s been heaps of Oprah craze as of late in Australia, which is why Caroline Makepeace of y Travel Blog and Working Holiday Australia Tips has put together this humorous article on all the places Oprah should visit when she comes — and she should — to Western Australia.

Haven’t you heard? Oprah is coming to town. It is time for Western Australia to prepare for her visit. I’ve heard they are busy giving the best of their state a good old spit and polish to get it ready for her impending arrival.

And so, Oprah, for you, we present the best that Western Australia has to offer. 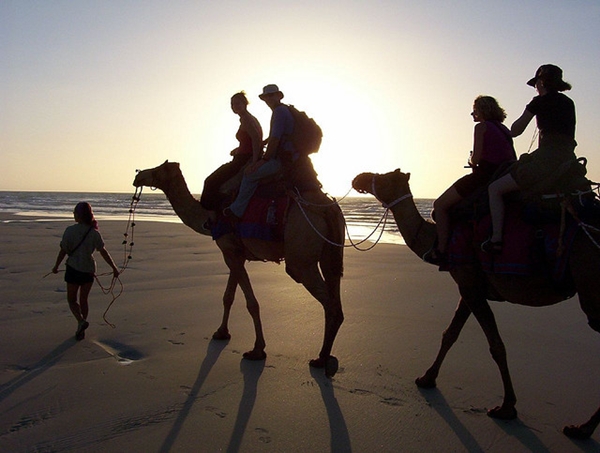 A very unique coastal town, Broome lies on the northeastern point of WA. Broome is where the outback meets the sea. It has a laid back rural feel, mixed in with the coastal lifestyle that most Australian’s are accustomed to. If you like, we could organize a game of beach cricket on Cable Beach, which is consistently recognized as one of the best beaches in the world. A cocktail after a sunset-camel-ride on the beach just might be a great way for us to end the day as well.

Oprah, we all know how much you love expensive jewellery. Well Broome is home to some of the finest and most expensive Pearls in the world. Broome is a popular place for backpackers, pearl farmers and miners, so you could say it has somewhat of a party atmosphere. It is also the starting point for exploring the beautiful Kimberly region. 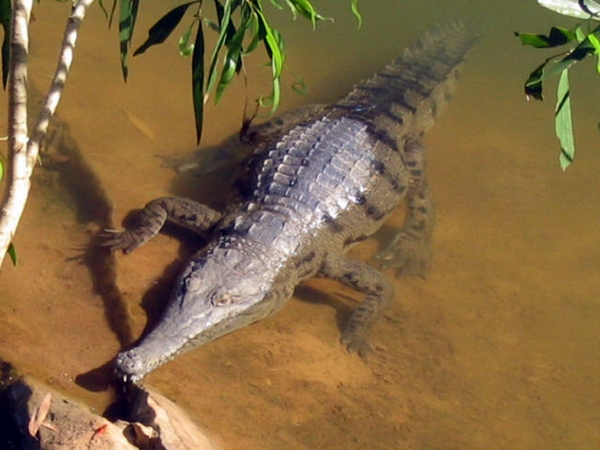 One of the most unspoilt and unvisited wilderness areas of Australia, the Kimberly region lies at the northern most part of Western Australia. We will be bush bashing through the heart of this region in the 4WD, along the 660 km dusty Gibb River Rd, taking you through spectacular landscapes of red dirt, boab trees, intensely colored ranges, gorges, rock pools and waterfalls.

Windjama and Bells Gorge are some of the most famous places to visit. But some of the lessor known ones, such as Adcocks and Galvins, are just as pretty and less touristy (we know how you like your privacy). This will be the best place for us to sit under the gushing waterfalls and swim in the waterholes they fall into. Saltwater crocs? Nah mate. Only freshies patrol these waters. Don’t worry they will only nibble on your toes with a friendly hello! 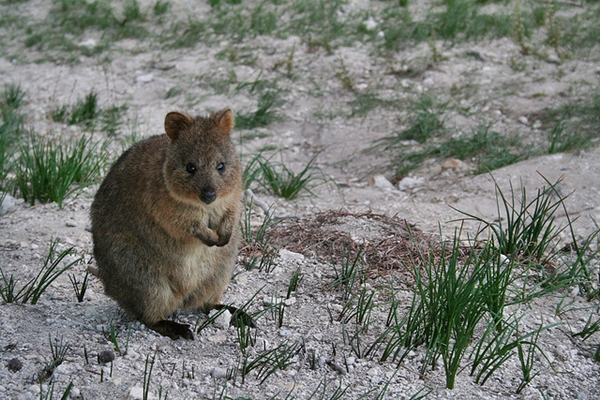 I bet you have never heard of the amazing little furry pint sized kangaroo, except it’s not a kangaroo, more like a big marsupial rat. Australia is weird isn’t it? The quokka can only be found on this pretty little island that is situated just a short ferry ride off the coast of Perth. And don’t worry there are plenty of quokkas around for you to see. I wouldn’t recommend cuddling one though, save that for the koalas. Put that food back in your bag as well, they get plenty of food from the surrounding scrubland.

You won’t find any vehicles on this island to drive you around, but, if you are feeling adventurous, then I highly recommend hiring a bicycle to tour the island. You can stop to cool off in the spectacular crystal clear tourquoise waters of the white sandy beaches along the way. Rottnest is small and flat enough to make it a moderately relaxing ride and is the best way to see what this Perth treasure has to offer. 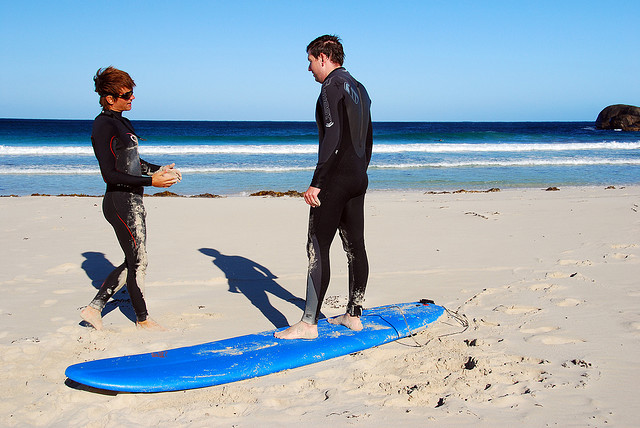 Would you like to give surfing a try, Oprah? At the mouth of the Margaret River lies some of the best clean surfing breaks in the world. All of the pros come to surf here. Not quite your thing? Don’t worry mine either. I’m just as afraid of the hungry sharks that ride the waves here too.

Why don’t we take a tour of the other industry this area is most famous for instead? That’s right wines! Time to knock back a few Aussie style, as we take you around on the booze bus sampling our award winning Cabernet Sauvignon and Chardonnay wines of the surrounding 200 vineyards. It doesn’t just stop at wines. The palate sensations are endless in this region known for its wine, port, cheese and the introduction of sensational beers, chocolate, coffee and gourmet delicacies. Yes, Oprah. As much as you like. 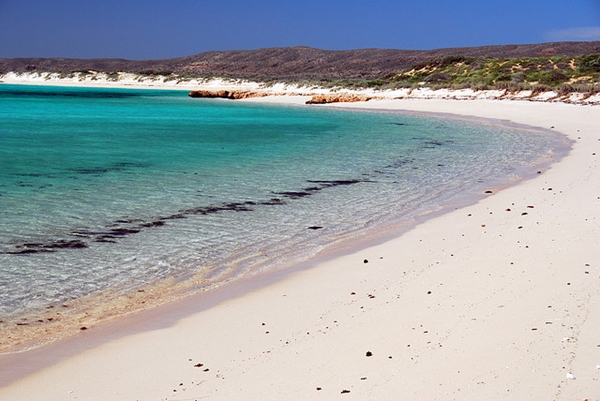 Forget the Barrier Reef in Queensland, that is so overdone with commercialism and tourists destroying the reef. Exmouth offers you a “range to reef” experience with rugged ranges and gorges on one side and spectacular Ningaloo Reef on the other. It is one of the rare places in the world where you can walk from the white sandy beaches straight onto the coral reef for some snorkeling.

If you are adventurous Oprah, you might want to swim with the gentle giants of the sea — the whale sharks. They are famous for swimming in these waters and they do not bite.

No taking turtles home for souvenirs though, this is a protected area and we don’t want to ruin its uniquely pristine state. Actually, can you do us a favour and not put this one on your show at all? 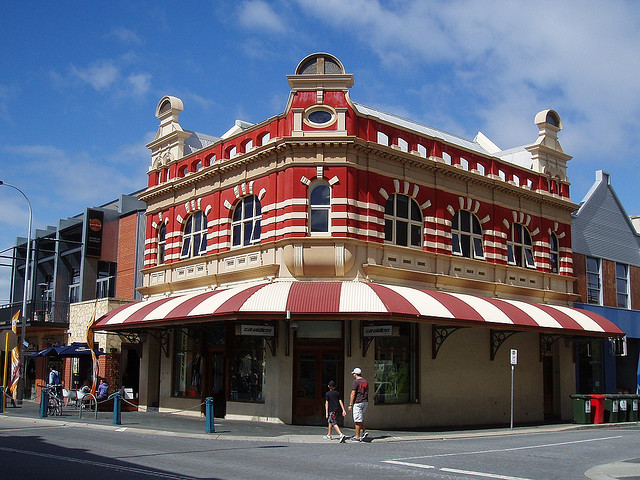 I hope you have been behaving yourself in Australia, Oprah. If you dare utter the words, “I much prefer the East Coast,” then we have just the spot for you. The Old Fremantle Gaol. It has been recently inscribed on the World Heritage List and is one of Western Australia’s most significant cultural attractions. We used to put our most hardened criminals in here, and in fact the last execution of a prisoner was in 1964. But, we can always make the exception for you, our dear talk-show-host-Queen. The choice is yours.

Should you say, “Western Australia is by far the best state in Australia,” then we will take you to shopping in the Freemantle markets, or to one of the many fine restaurants that line the streets of Freo, as us locals like to call it. Freo is a bustling port town that sits at the mouth of the Swan River, 19 km south of Perth. It still retains much of its old charm, renowned for its well-preserved architectural heritage of 19th century buildings. The laid-back atmosphere of this city will help you to relax and unwind, but just might make you want to give up your chilly Chicago abode, Oprah. You have been warned. 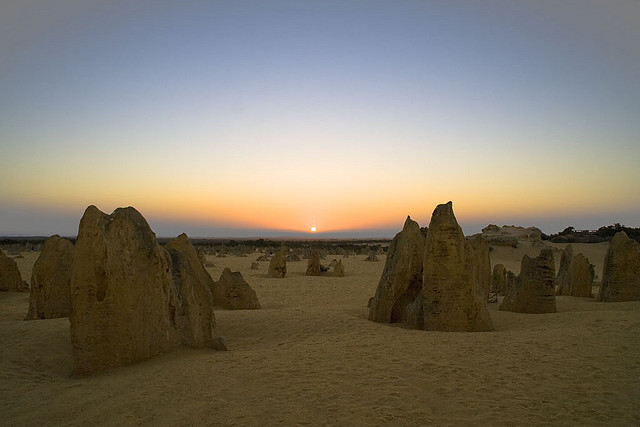 We heard you folks over in America love all things that go bump and spook in the night. Well we have our natural eeriness in Western Australia. Incredible limestone spires rise eerily out of the golden sandy floor of the desert, some standing as high as 5 metres. These extraordinary rock formations that make up the Pinnacles are regarded as one of Australia’s most unique landscapes.

It’s believed the Pinnacles were formed approximately 25,000 to 30,000 years ago, after the sea receded and left deposits of sea shells. Over time, coastal winds removed the surrounding sand, leaving the pillars exposed to the elements. The truth is (as the Aboriginal people tell it), they are the fingers of a man who broke tribal laws. He was outcast by his tribe and lies buried in the sand. He waits to capture anyone who wanders into this forbidden area.

I think we might ditch the car for this one and follow the walking trails to get close to the spires and take in spectacular views of the Naumbung National Park from the lookout. Just watch out for the grabbing fingers.

Do you think Western Australia is the best now?