Remember when I posted the 6 best beaches in Australia not too long ago? I do especially because it was a difficult task to whittle down a list of thousands of potential great Aussie beaches into one tiny list of six. Well, I’m about to do the same with surfing spots in Australia even though those 30,000 kilometers of coastline give way to hundreds, if not thousands, of options.

It is my personal recommendation for all visitors to Australia to take up surfing at least once since it is such a big part of the Aussie beach culture. For me, specifically, it was a real eye-opener as to how athletic and in-shape one must be to spend a day surfing at the beach – paddling, pushing up, balancing, paddling against the waves again and so forth. However, if you are a newbie, some of these beaches may have far too advanced waves to tackle for the first timer.

And, the 6 best surfing spots in Australia are: 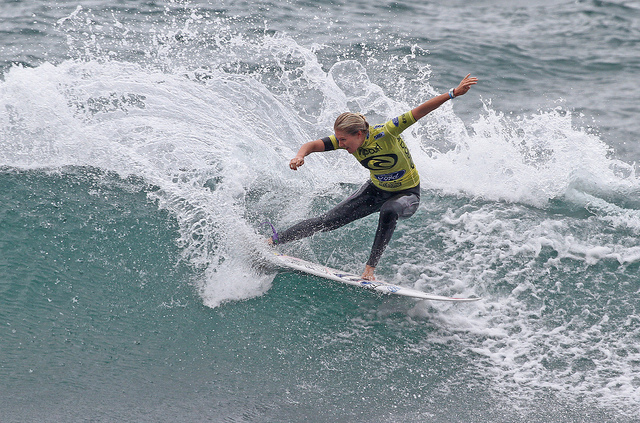 Bells Beach is renowned as it has been the home of the Rip Curl Pro Surf & Music Festival since 1961. Located south-west of Melbourne and right on the Great Ocean Road, any keen surfers taking this fantastic seaside drive ought to pack a board in the back of their campervan in case a stopover is due when nearby. Bells Beach is part of a number of surf breaks (Southside, Centreside, Rincon, etc.) that compose the Surf Link Shire. You might know Bells Beach from a popular surf movie, Point Break, but you might be a little disappointed to know that the actual filming happened at another beach – not even in Australia. 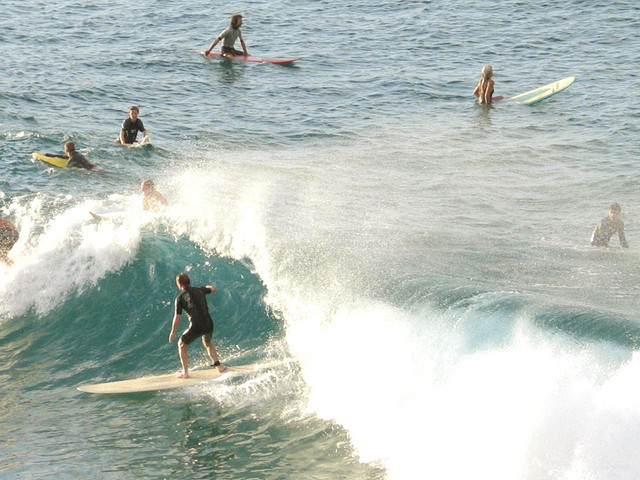 Byron Bay is a small town located about 10 hours north of Sydney, just south of the Queensland border. It is known for having an overall surfy vibe because of the many breaks (of varying levels) found in the area. These breaks include Broken Head, The Pass and Belongil to name just a few. The Pass, specifically, is known for having long 500 meter rides on a good day. 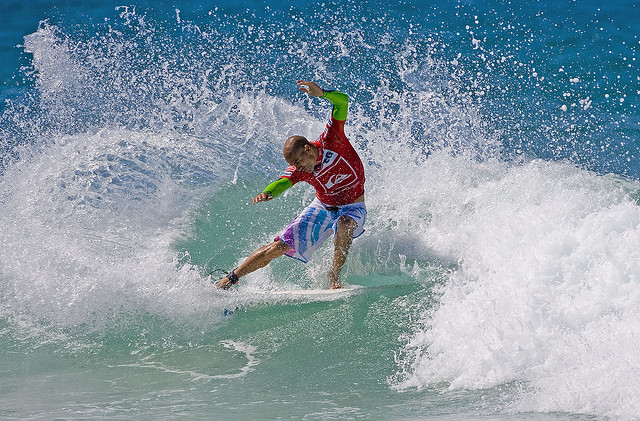 Snapper Rocks in Queensland is a beach said to have some of the biggest and most consistent waves in Australia, and the world. This fact comes from the manufacturing of the “Superbank”, a man-made sand bar that produces waves of hollow barrells that can be ridden for nearly 2 kilometers on the best of days. The Superbank crosses Snapper Rocks to Kirra Beach, and there are still talks of making adjustments to the bank to create an even more perfect wave.

Margaret River may be well-known as the wine country of WA’s south-west, but surfers will associate it with a different draw: a nice swell. Yallingup is a small town in the region that has a number of beaches, the top of the list being Yallingup Beach where waves of all shapes and sizes make landfall. 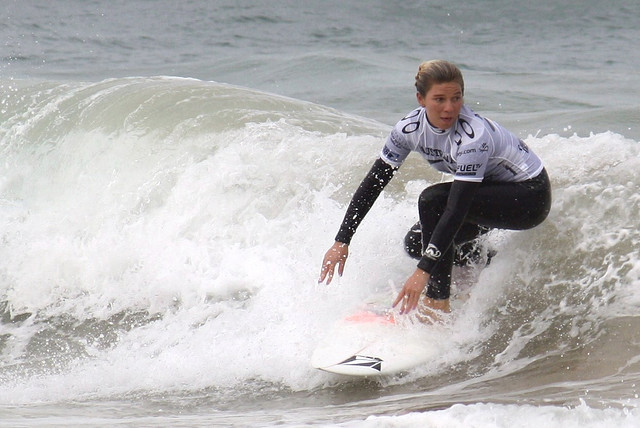 As a tourist to the Sydney area, you will most likely hear less about the Northern Beaches area than you will about Bondi and Coogee, the city’s go-to beaches. Lucky visitors will get the opportunity, however, to check out the pleasant lands up in the Northern Beaches area – the range from Manly to Dee Why and on to Palm Beach – known for having some great surfing opportunities. In fact, Manly is well-known for having a number of surf schools while the area around Dee Why ranks high among seasoned surfers.

Located up by Port Macquarie in New South Wales, Crescent Head makes international news for its call to long board surfers and its right hand breaks. You can test the waters here and hope for some massive 300 meter rides with other surf lovers, but it is probably a good idea to pass when it is school holidays and the water becomes crowded. The Malibu Classic happens here every year in May.

This list could definitely be a lot longer. If there is a surf beach that you know should be included, be sure to leave a lovely comment below.