You could spend years exploring Australia and never truly see all that there is to enjoy. That said, how is one person ever supposed to cover it all in a guide? It’s just not possible, which is why I’ve started a new series allowing readers to submit photos of their own to show what they consider “Amazing Australia”. 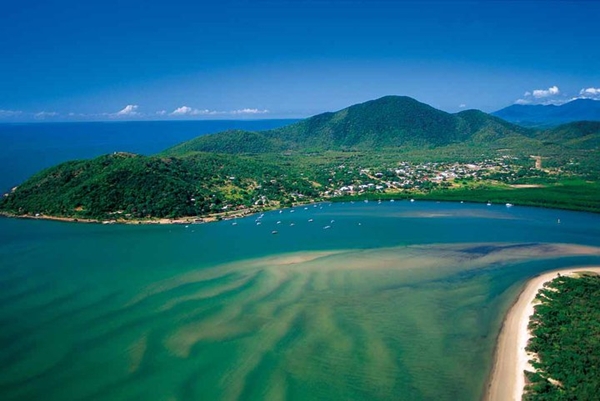 Cooktown is one of Queensland’s best kept secrets – a beautiful, historical, unspoilt town, rich in Aboriginal culture and Australia’s closest town to the Great Barrier Reef. This is where Lt James Cook beached his ship, the Endeavour, and where the First Reconciliation between Europeans and Aboriginal people took place. Submitted by Judy of Cooktown and Cape York.

Cooktown is located about a 4.5 hour drive north of Cairns through the Daintree Rainforest. This town is often overlooked because of its location, but has much to offer in terms of environment and culture. 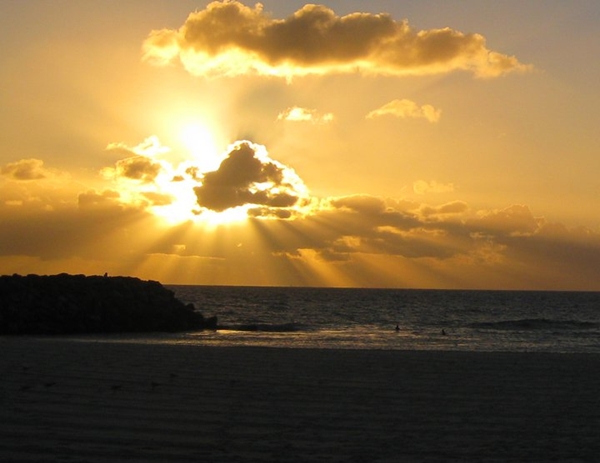 From Cottesloe Beach in Western Australia (near Fremantle). Submitted by Amanda of A Dangerous Business.

Cottesloe Beach is listed as one of our favorite things to do in Perth, especially since beaches are a free source of entertainment. It is easy to access with a number of buses heading that way daily. Try out one of these budget airlines that fly to Perth to make this beach a part of your next travel itinerary. 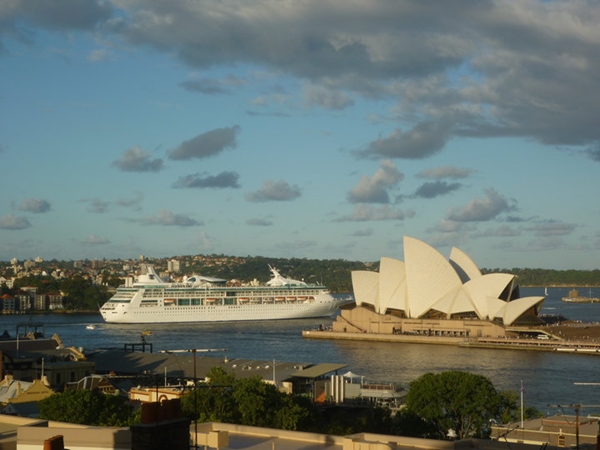 Taken in Sydney, February 2010 from the roof top of the Rocks YHA. Beautiful Sydney Harbour, the Opera House and a cruise ship. Submitted by Cailin of Travel Yourself.

The Sydney Harbour is one of the draws of Sydney, and there are many ways to experience it without having to spend too much money, such as from the top of a good Sydney hostel. If you’ve got a few bucks to spend, why not have a drink at the Opera House Bar on a warm afternoon? Nothing beats a lovely sunset while having a drink with friends. 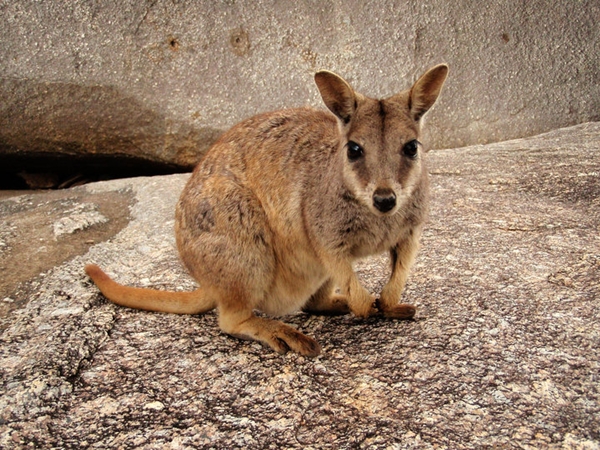 Australia has just as many cute animals as it does frightening ones, and this little rock wallaby has got to be the cutest. This one was photographed in Granite Gorge, which is about an hour away from Cairns. Granite Gorge is a nature park where you can swim, camp, bird watch or bush walk, but it is known for having numerous rock wallabies wandering about. 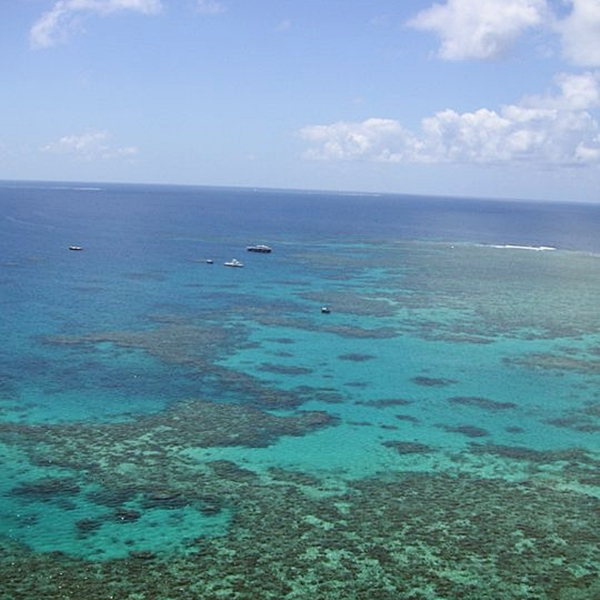 The Great Barrier Reef is one of the most amazing pieces of nature, and it is located in the Coral Sea off Queensland’s coast. It is a spectacular site that is perfect for diving and snorkeling adventures as it lets you get up-close and personal with the life that lies beneath. There are many ways of getting to the Great Barrier Reef, so once you get to Australia, you should be able to make this trip a reality.

This for me is quintessential Oz – vast tracts of open space with big skies. This was taken inland from Adelaide, South Australia where it quickly becomes very dry and semi arid. Submitted by Adam of Sit Down Disco.

Australia is deceiving. For having such built up cities, it is hard to believe that most of the country is desolate. But, as Adam shows in this photo, the open spaces are absolutely beautiful and should definitely not be overlooked when talking about Australia’s beauty. 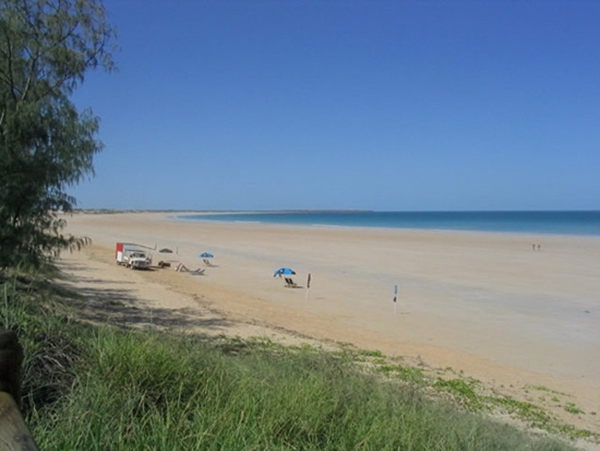 Cable Beach, Broome- consistently voted as one of the world’s most beautiful beaches. Submitted by Caroline of y Travel Blog.

Broome is located a good 2200 kilometers north of Perth in Western Australia, and it is a location popular for tourists looking to experience the Kimberley region. Cable Beach, as shown above, is actually named because long ago, there was an undersea cable that connected it with Singapore for telegraphs. 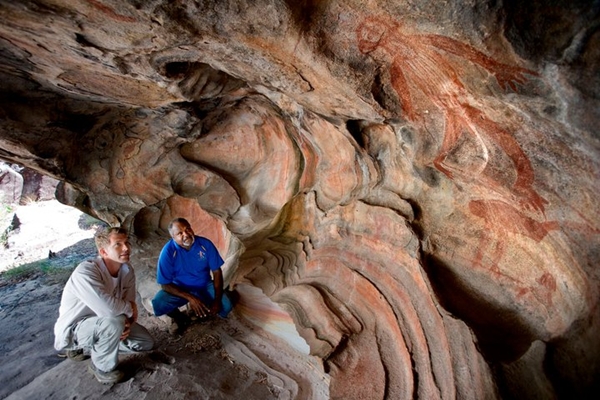 Aboriginal Elder and story-keeper, Willie Gordon, shares the stories and meanings behind the rock art on his traditional country, high in the hills outside Cooktown, Tropical North Queensland. Submitted by Judy of Guurrbi Tours.

Cooktown has a rich Aboriginal history, so exploring this area offers more than just amazing surrounds. You can rent a car in Cairns and make the journey north to experience sites like these. 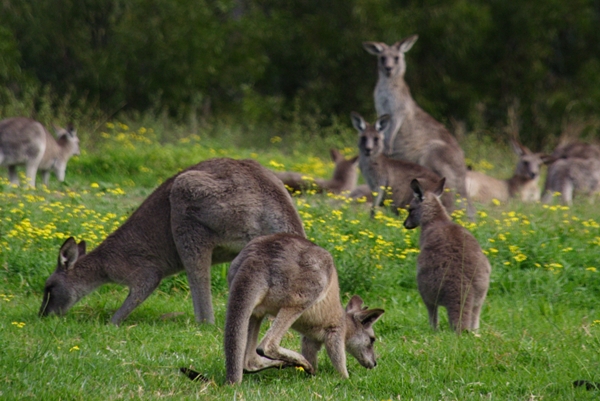 Kangaroos in Hunter Valley. Submitted by Brooke of WhyGo Australia.

In some areas of Australia, kangaroos are so used to being around people that they will literally hop right up to you just to get your attention. But, it is best to be careful as these little guys, that aren’t really that little, have been known start up boxing matches with humans. 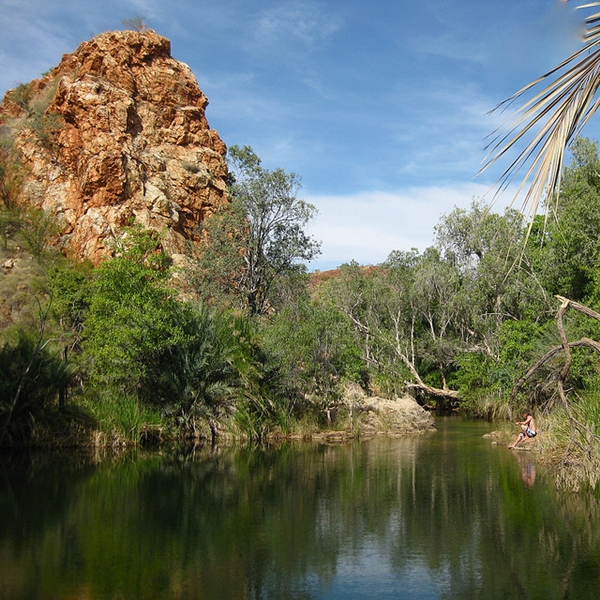 Serenity in Palm Springs. Submitted by Ant of Trail of Ants.

Palm Springs is located basically in the middle of nowhere, but the trek to get there is apparently worth it just looking at this photo. The fresh water pools are great for swimming, and the land around it is made for relaxing. Palm Springs is in the north part of Western Australia, in between Brooome and Kununurra.

This is part 1 in a series of “Amazing Australia” photo posts. If you have a photo that you would like to submit, simply upload it to the wall of the WhyGo Australia Facebook page with a short description and your web address for credit.