Things You Should Know About Perth 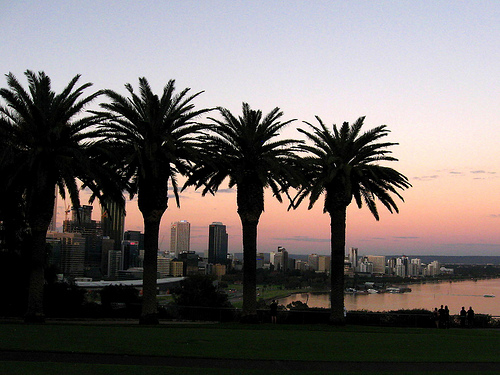 Way out west is where you’ll find the Western Australian capital city of Perth. To get there from Sydney, you either have to take a nearly 5 hour flight or ride a train for 3 nights. It’s not quick trip to get to Perth, but once you arrive, you’ll be glad that you did.

Before you go, you might want to become more acquainted with this faraway destination in Australia:

In fact, Perth is one of the most remote capital cities in the world, especially since it is 1300 miles away from the nearest major city! To get to Perth, once you arrive in Australia (on the east coast), is a matter of driving days across the Nullarbor, hopping a 3 night ride on the Indian Pacific, or putting up with less than stellar airfares that cover the distance. To get there from the east coast, I suggest checking into a budget airline that flies to Perth.

Perth is quite easy to get around.

Once you make it there, getting to and from your attractions can be considered a breeze. The city has a clean and spread out plan with new train systems and a good bus system. When getting around Perth, it is good to know about the free transit zone and how rides on the CAT buses are free! If looking to venture out beyond the CBD, I suggest renting a car or taking part in a tour (like the Swan Valley brewery tour I took earlier this year).

Perth is all about the sunshine.

And heat. It gets very warm in the Perth summer with an average high in January and February of 31 to 32 degrees Celsius. With that heat comes sun – about 8 hours per day – making it a very sun-filled city year-round. Just be sure to slap on some sunscreen every couple of hours, toss on a hat and a pair of sunnies to protect yourself when outdoors.

Perth is more than wine and beaches.

Sure, the Swan Valley is a popular wine destination for travelers, but you may not be familiar with the budding beer and other gourmet goodies coming out of the same region. I was lucky enough to get to hop on a brewery bus tour of the Swan Valley introducing me to some of the local brews. The Perth suburbs of both Subiaco and Fremantle are nice places to hang out, window shop and grab dinner and a drink.