Things You Should Know About Melbourne 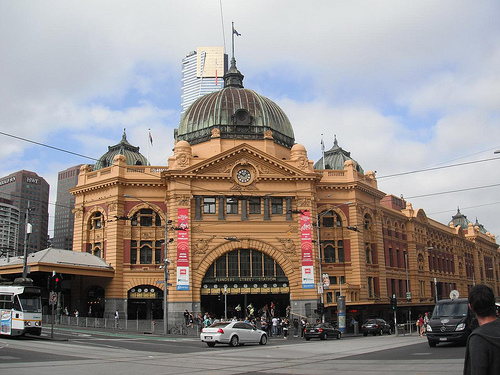 Ah, Melbourne. Melbourne is like Australia’s response to Sydney being too popular a city. Instead of letting one major location take all the glory, it offered up a very trendy city to the south to cause a bit of “which is better” controversy. The answer to that controversial question is obviously entirely up to the individual, so I can’t help you there.

What I can help with would be the following points about Melbourne that visitors might want to know in advance!

Melbourne is the capital city of Victoria.

Victoria is the state to the south of New South Wales, and Melbourne is located just at the bottom of the country making it one of the closest places to get to Tasmania from. It also located just near the Great Ocean Road, Australia’s best seaside drive (and there are a lot of them), so that makes a good day trip option for those visiting the city. Behind Sydney, Melbourne would be the most popular destination for international flights.

Getting around Melbourne can be a little confusing.

One of the main city modes of transport in Melbourne would be the trams, and they cause confusion, especially for those driving. Driving in Melbourne involves not only taking notice of Australian driving rules (driving on the left), but also a thing called a hook turn – a driving rule that came about because of the tram system. Also, the tram system is one of the biggest outside Europe coming in at 244 kilometers of track length. Besides that, the train system is fairly easy to navigate.

Melbourne is the perfect destination for sports enthusiasts.

Melbourne is home to the Melbourne Cricket Ground and Docklands Stadium; it hosts the Australian Open Tennis Championships, the Australian Grand Prix and the Australian Football League Grand Final. Melbourne Cup (obviously held in Melbourne) is a horse race that literally stops the nation. Seriously, people get the day off work to tend to the races! It just goes to show that you can be in sports heaven at just about any time of the year in Melbourne.

Melbourne is home to a few funny (or outlandish) laws.

According to MelbourneAustralia.com.au, there are some quirky laws you might want to be aware of while in Melbourne, or else you could get in trouble with the police. One of my favorites would be, “If you meet up with a pirate – do not trade with them,” while, “Carry out unauthorised rain making operations,” comes in a close second. Read more on their website.