Things to Do in Melbourne 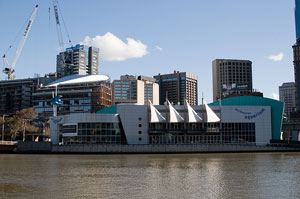 Are you looking for the road less traveled or for fun and fashion? Melbourne and its environs have definitely all of this in addition to rejuvenation and relaxation, pleasure and extravagance, nature, wildlife and cultural discovery.

Since the 1960s, Melbourne has endured an amazing transformation. Away from being the dull, sober city it formerly was, Melbourne is at present the home to numerous galleries and museums, a prosperous restaurants and nightlife stirred by the immigrants of the city from different parts of the earth. Famous for its glorious exemplars of the architecture of the 19th century, the city also houses a lot of green spaces and parks.

Melbourne is made up of seven internal suburbs, each possessing its own unique character. Also, several parts of town have areas that have a distinctive ethnic character. Besides the Chinatown, there are parts that centered on Vietnamese, Jewish, Italian and Greek cultures. A great way to test Melbourne’s different cultures is to go to the Queen Victoria Market. Considered the biggest uncovered market in the southern hemisphere, about one thousand merchants market everything from local vegetables and fruits to hardware and genuine Australian artifacts.

See also: FREE things to do in Melbourne

Things to do in Melbourne

Melbourne Zoo is known as the oldest zoo in Australia and is the third oldest existing zoo on earth. Founded in the year 1862, and it is considered by many as one of the best zoos in the world. When inside the zoo, don’t miss to visit the confined Lowland Gorilla procreation program. The Melbourne Zoo is open everyday from 9am to 5pm.

This park first opened its doors to the public almost a hundred years ago. It is situated at St. Kilda beach. If you are considering a holiday trip with your family, then why not take them to this marvelous theme park.

The Melbourne Aquarium is regarded as one of the best in the world. This is certainly a tourist spot, where you will find travelers from around the world. The Aquarium opens everyday at 9:30am to 6pm.

Known as the most significant cricket ground worldwide, Melbourne Cricket Ground was constructed in 1853. It is able to house one hundred thousands spectators. Famous sports are played here and that includes Aussie Rule Football.

Because of its nice climate, many floras grow in Melbourne. Constructed in English style, the royal Botanical gardens are complete with vast lawns, small lakes and curving paths. Besides it different kinds of eucalyptus from all parts of the country, plants from different parts of the world could also be found here. The Rose garden, the Oak Lawn and a huge cactus spot are merely some of the spots inside the park. To assists travelers to walk around the plants and fascinating edifices within the Gardens, there are free guided strolls provided several times every week. Visitors who are interested to see the native animals of Australia must go to the Royal Melbourne Zoological Gardens. This zoo and its fake natural homes instead of cages is the abode to animals like native birds, platypuses, and fur seals. The park opens from Monday to Friday at 9am to 5pm and during weekends from 9:30am to 5pm.

Melbourne possesses two striking cathedrals which are accessible for travelers. First is the St. Paul’s Anglican Cathedral. This cathedral was constructed on the location of the first official church service of the city in the year 1836. Second is the St. Patrick’s Roman 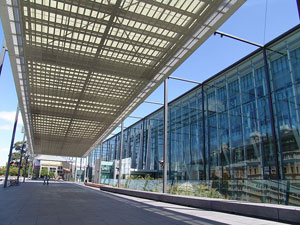 7. The Museum Of Victoria

The museum has natural history and anthropology exhibits, science and technology area, a children’s museum and a planetarium. Situated in the south part of Melbourne, an old sailing baroque had been renovated and changes into the Polly Woodside Maritime Museum. Not rusting anymore in the port of the city, the boat is at present the location of exhibits regarding the sailing era. One of the perfect examples of the architecture of late-Victorian is the Rippon Lea which is now accessible to visitors. Travelers to Melbourne might also enjoy a wander to the Parliament House, known as the seat of the state government.

>>Make sure to also read about:
>> Free things to do in Melbourne
>> Attractions in Melbourne

There is truly a lot in this city to keep every family busy. No matter if you wish to enjoy the history, sports, shopping, arts, or something else on the whole, you will surely find what you want in Melbourne.