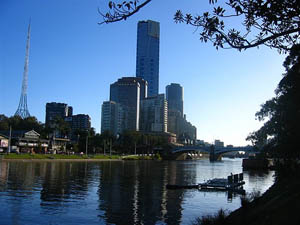 Choosing to visit Melbourne in March is actually one of the best favors you can do to yourself. Not only because it is regarded as one of the culturally refined cities in the country, but also it is complete with entertainment, multicultural influences and mystery. Whether you turn to either direction, you will surely find yourself facing new individuals and experiences.

For most travelers, the best occasion of the year to go to this city is during its autumn months. This time, you will experience sunny days, warm temperatures plus the parks and the gardens are also attractive with foliage and plant life.

Port Fairy Folk Festival – 20 locations will host one of the biggest music festivals in Australia which will present the roots, folk, Celtic, jazz, world, crossover, blues, bluegrass and country music. This is a major event that will display both national and international performers through the four-day music festival. High quality presentations will be held on big stages at locations all over the city plus there will be street events, buskers and market stalls. The festival will start from March 5 and will end on March 8, 2010.

Melbourne Food and Wine Festival – Throughout the festival, vacationers in Melbourne can enjoy great list of drink and food-relevant event as part of the yearly festival. More than 100 restaurants of the city will partake in the festival by providing special menus. In addition to tasting the various drinks and dishes, vacationers can shop at the big food market, join the cooking master classes and talk with world-renowned restaurant owners and chefs. This event is expected to attract a great blend of industry buyers, sellers, restaurateurs, food and drink enthusiasts and sommeliers from different parts of the world. The festival will be happening throughout March, 2010.

Melbourne International Flower and Garden Show – In its March 2010 show, the event will present the creativity and passion of top landscape and floral designers of the country, distributed in their attractive displays. Joined with a wide range of floral and garden retail products from uncommon plants to you much loved, gardening tools, water tanks and many others. The show will take place from March 24 to 28, 2010.

March is actually the midway between summer and autumn. Warm climate could be experienced in the initial fortnight and it might be well accompanied with the strong northerly breeze during the daytime.

March is a shoulder season in Sydney. Still, a lot of airlines fly to this city and the costs range considerably thus it is important to shop around for the airfare costs. Think about the length of your flight as well as the mandatory stopovers. Look for flights to Melbourne on various websites and make sure to check out the special deals as well.

While in Melbourne in March, you can choose to stay in a bed-and-breakfast. You may find these family run, small establishments anywhere else, from historic residences to miner’s lodgings, country farmsteads to city townhouses. There are also posh hotels and cheap hostels to choose from, depending on your travel style and budget.