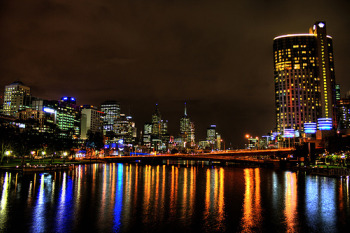 Summer in North American and Europe is winter in Australia, which makes it off-season in the country, which can get chilly in June, July and August (but certainly not freezing, especially by North American standard).

While most tourists who head to Australia flock to Sydney, Melbourne is also very much worth a visit, and there is a ton to see and do there in winter. Airfare to Melbourne tends to be a bit pricier than to Sydney, but discounts on flight and reduced rates at hotels in Melbourne are often offered during this time of year.

Melbourne’s also a hotspot for another genre of art – street art. In fact, the city is home to some of the most amazing street art in the world. Simply stroll down Hosier Lane in the city center, through the Central Business District, or in the nearby suburbs, including Northcote, Brunswick, and Fitzroy, and you’ll be treated to colorful displays of provocative, political, colorful and beautiful works of public art.