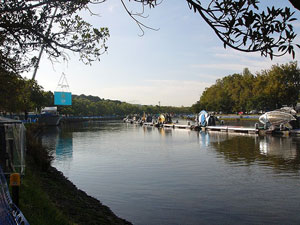 Melbourne is a city of more than 3.8 million people. It was established in the year 1835 by immigrants in the region of Yarra River. Due to the gold rush in this part of Victoria in the early 1860s, Melbourne developed into the second biggest city in the British Empire by early 20th century.

Today, the city is considered one of the top industrial and commercial cities in Australia and is deemed the cultural and sporting capital of the continent. Home to various ethnic groups, it has different cultural characters, making it sophisticated and fashionable city to have a getaway.

It is projected that there we approximately eight million local and international tours to Melbourne in 2008, emphasizing its value as a top tourism hub. There are a lot of reasons for travelers to go to Melbourne– either to witness the sporting events, explore the architecture, or utilize the metropolis as a base for discovering the surrounding area like the Great Ocean Rd, Phillip Island or the Grampians National Park.

Take a tour to the Federation Square, the location of many bars, cafes and bistros. Federation Square is a famous meeting place in Melbourne because of its closeness to the Cricket Stadium, Flinders Street Station, and other important cultural venues. A lot of live concerts in conjunction with art galleries and cultural exhibitions also happen here.

Go to the Melbourne Observation Tower, which is located on the 55th floor of the Rialto Towers.