Things to Do in Hobart, Tasmania 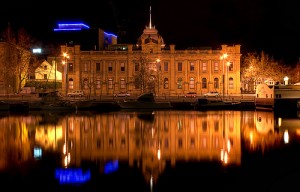 Only 3% of visitors to Australia make it to the country’s southern island state, of which Hobart is the capital. Those who do take the trip (either by ferry or plane, usually from Melbourne) are rewarded with beautiful nature and some of Australia’s most luscious scenery. A third of the island is part of a World Heritage preservation area. Because Tasmania is an island, those who are from the state are often teased by other Australians and joked of being backwater or inbred (not by me!). However, Australia’s second-oldest city has an earthy draw all of its own, and some very enticing activities to choose from.

Cadbury Chocolate Factory
You had me at “Cadbury”. If you are chocolate lover, or if you have a girlfriend, you must check out the chocolate factory tour. No, it won’t be quite like the quirky fun found in Willy Wonka’s, but it will show you the inner workings of a real one. And there’s probably some free samples involved!

Cascade Brewery
The Cascade Brewery is Australia’s oldest brewery. Not only does the tour take a visitor through the process of how their best brews are made, it also allows for access to the gorgeous gardens. Tours are given every day of the week, multiple times, so there’s plenty of opportunities to stop by.

Salamanca Place
Salamanca Place is an area of Hobart known for its sandstone architecture and its Sunday markets. Several cafes, restaurants and bars are available in the area. It’s also a popular location when the night rolls in since the restaurants and pubs are nice to enjoy in the air of the harbour.

Mount Wellington
Mount Wellington sits right on the edge of Hobart, partly responsible for the city’s atmosphere. Getting to the top can provide an excellent lookout of the city, which you can reach by car on the sealed road, or by foot if you’re feeling adventurous.

Penitentiary Chapel and Courts
The Penitentiary Chapel is an historic building located in Hobart. It was built back in the 1830s and was originally meant to serve the convicts in the area. Today, it is an icon, as well as the focus for various ghost tours and stories. In addition, there are also the rooms that were converted to Supreme Criminal Courts.