Hobart on a Budget

Today’s guest post is all about seeing Hobart on a budget. It is brought to you by Suzer Williams, an expat who has lived in the UK, New Zealand, Australia, and of course, the US. She has now settled down in Adelaide, South Australia, after meeting her Aussie husband on a backpacker tour of Ireland. Enjoy! 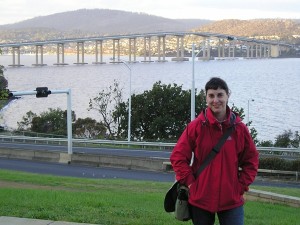 As my third city to see in Australia, it was a toss up between Melbourne and Hobart. The budget airlines were competing for our business, and as Tiger managed a bit better of a deal to Tassie, we decided to save Melbourne for a time when we could afford a week or more, and do the trip properly by going the Great Ocean Road. So we booked our flights, sorted out a private room at Hobart Hostel, looked through the Lonely Planet and spoke to a few mates, then shelved any further plans until about a week before the trip. Feeling too cheap to pay for a rental car, we decided on doing it all by foot and public transport, which worked out surprisingly well.

Landing in Hobart at lunchtime on the Wednesday before Easter weekend, we dropped our bags at the hostel and headed out to have a look around the city and grab some lunch. After a wander through the Elizabeth Street Mall, we decided to go for the $7 foot-long special at Subway and listen to some street entertainment. Not your typical buskers were these few young lads playing classical music.

A further wander around the waterfront brought us to the Lark Distillery, recommended by one of my workmates for a good nip. Although what they have on offer is expensive, even for Australia, you can get a good range of tasting samples for $7.50. The key is to do like us and share, as well as ask for more of what they have out than what they initially offer. If you behave well, and the bartender is nice, which they all seem to be there, you can happily enjoy enough to get slightly warm. On offer is a range of scotch whiskey, gin, apple and cherry liqueurs, as well as some lovely pepperberry bush liqueur, made with an herb unique to Tassie. 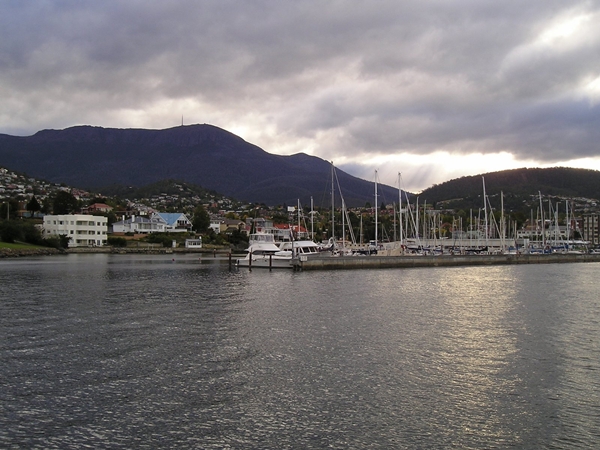 On Thursday we attempted to make the best of our last day with public transport, so we headed off to the Cadbury Factory. About 4 hours and $40 removed, each, we came back into town with bags heavily laden with chocolates etc. Although the costs were extremely reasonable on the chocs, we both agreed that the $15 charge for the ‘factory tour’ was something to pass on. For the fee, we were sat in front of a TV screen for 1/2 an hour and given the tiniest box of Favourites you ever did see. Apparently the factory has been closed to visitors for over a year, due to health and safety reasons.

I strongly encourage taking public transport to Cadbury ($4.40 all day bus pass in Hobart) and skip the tour at Cadbury in favour of spending the extra cash on the important stuff. A more worthwhile tour is the $10 Hobart Penitentiary Ghost Tour, which we went on later that night. 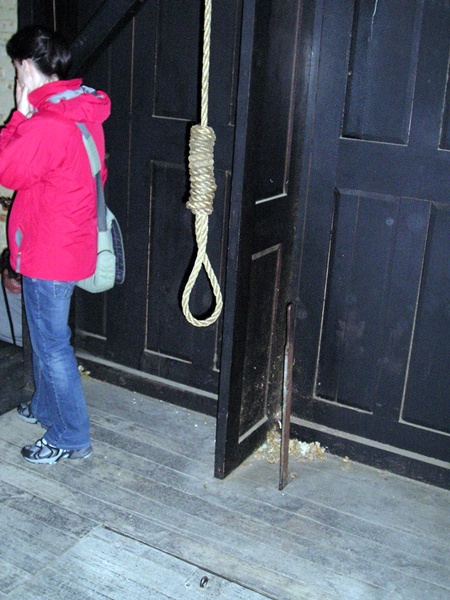 Unfortunately we didn’t make the best use of our all day bus pass, and forgot we wanted to go to Richmond, a picturesque little town about a 1/2 an hour from Hobart. After a long walk through Battery Point and Salamanca Place on Friday, we called around and found out there was a means of transport, for $25 each, that would get us to Richmond. Although it killed us to shell out, it was well worth going. The oldest bridge in Australia was awaiting our viewing pleasure, and various other architectural beauties took us about 2 hours to see, after which we stopped at the Richmond Arms Hotel for a pint. 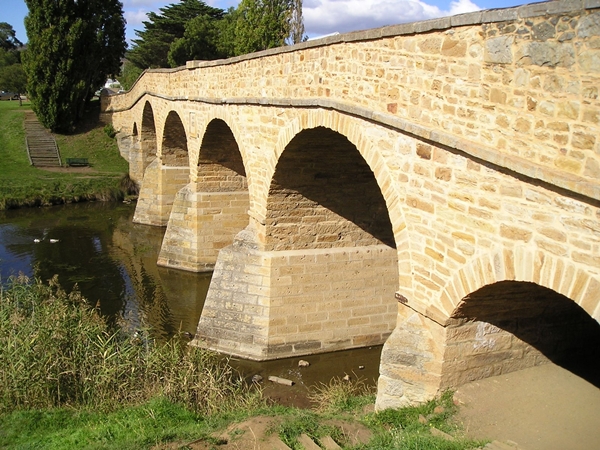 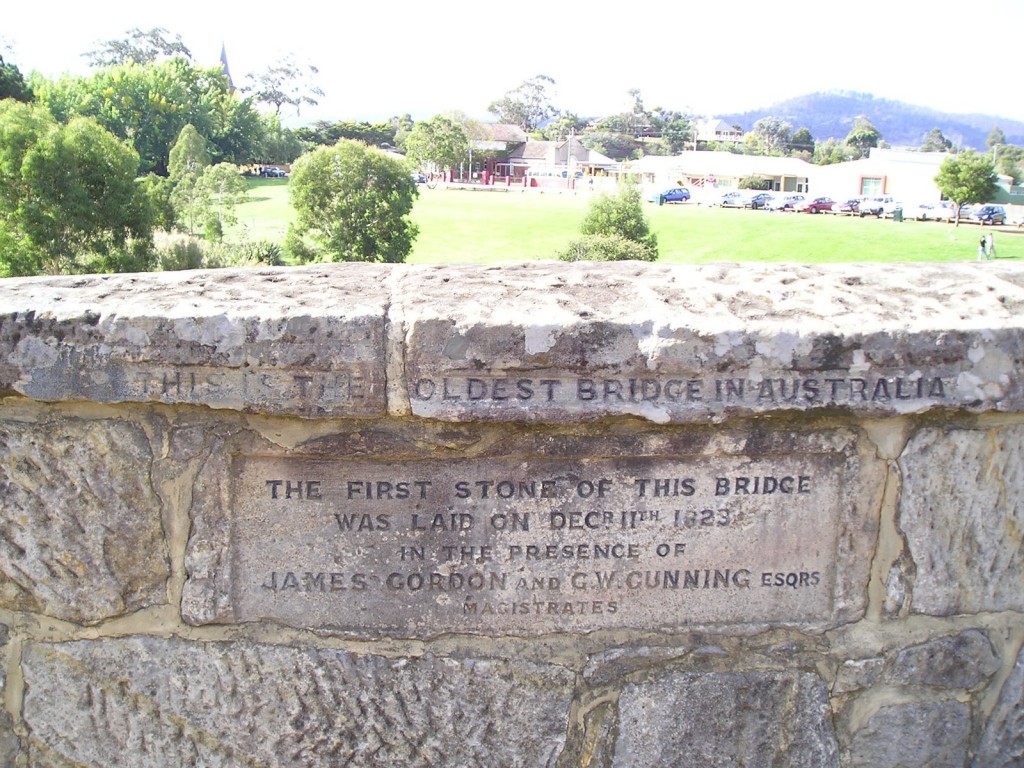 The Royal Tasmanian Botanic Gardens was a must see on the way back into Hobart, where we quickly made a path across the lawn to see all we could in the 1/2 hour we had left until closing. That evening we headed off to Axum Ethiopian Restaurant, which also doubles as an internet cafe. We were the only diners there, and after a day of hiking around, it was a welcome meal. 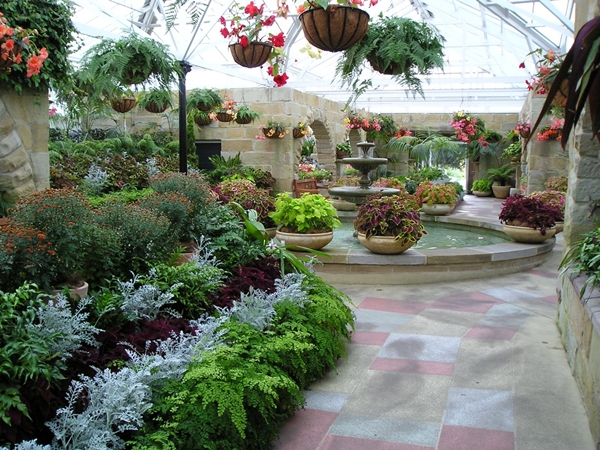 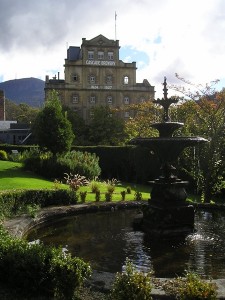 On Sunday, our last day in Hobart, and also Easter, we did an hour long hike up to the Cascade Brewery for a long lunch and beer tasting. We decided to forego the tour and instead spent about 3 hours trying a few brews, having a tasty meal and wandering the grounds. It was well worth the walk there, and afterwards we cut across, still on foot, to Wrest Point, where we treated ourselves to a couple of Long Islands and a sit outside the Casino, where we watched a fantastic sunset. A short walk further on was Sandy Bay, where we stopped for Chinese before heading back to the hostel.

As you can see there is plenty to do in Hobart, even on foot. We’ll definitely be back to Tassie, and might even get a car next time!

Thanks again to Suzer for this informative post. Catch more of her work on her blog, or connect with her on her Twitter or Facebook (Expats in Adelaide) accounts.

All photos courtesy of Suzer; do not use without permission.