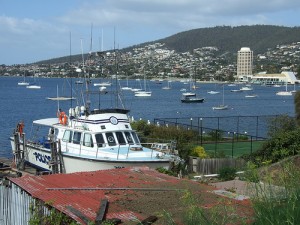 Hobart is the capital city of the southern island state of Tasmania. It is the city on the island with the highest population, reaching about 220,000 people. Amazing views of Mount Wellington can be captured here while out enjoying the coast, some city shopping or even a bit of nightlife. The real draw, however, is the lush scenery that encompasses the entire island.

Hobart is located on the southern side of Tasmania, which is why it serves as base point for certain Antarctic expeditions.

How to get to Hobart

Since Hobart is on an island, the easiest way to get there from the mainland is by plane. From Sydney, a plane ride will take around 1 hour and 20 minutes direct, but closer to 2 hours if there’s a stopover in Melbourne. A flight from Melbourne is around 1 hour and 15 minutes.

By ferry, you can reach Devonport from Melbourne, followed by a bus or car rental to Hobart. The ferry takes from 9 to 11 hours on board the Spirit of Tasmania. From Devonport, a bus can take from 3 to 5 hours depending on the number of stops along the way.

>> Read about getting from Sydney to Hobart.

The weather in Hobart can be considered mild as it never usually gets too hot or too cold considering the location. The average highs can range from 11 to 22 degrees Celsius (~52 to 72 degrees Fahrenheit) depending on the season, and lows can range from 4 to 12 Celsius (~40 to 54 degrees Fahrenheit). Hobart will rarely see snow, except for on the towering Mount Wellington nearby.

There is no lack of things to do in Hobart. For the food and drink travelers, you can check out the tours of the Cadbury Chocolate Factory or the Cascade Brewery, which are both spectacular.

Nature lovers should head into the mountains for a hike, or hit up Mount Wellington for some awesome city views. Great shopping can be found at the Salamanca Markets for those interested in spending a bit of money.

A number of festivals take place in Hobart throughout the year including the Hobart Fringe Festival, as well as the Soundscape Festival. As always the Royal Tasmanian Botanic Gardens make for a great location to picnic or relax in when needing to step out of the city environment.

Plan a Trip to Hobart