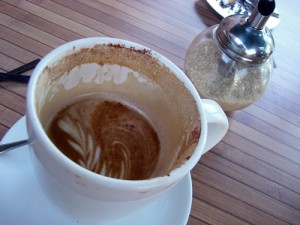 It’s the subtle differences in Australia that make it interesting. While the country and culture as a whole appears to be quite similar to that of Americans or Canadians for example, those little bits can sure enough come along and surprise you. When? Perhaps when you are simply trying to order your food and drink at a restaurant for the first time. Take it from me; these are some menu tips you’ll want to know before heading to Australia.

Like I said in the introduction, it’s the subtle differences that can leave a foreigner confused. A good place to start is with the terminology of the menu. I know that Americans call the meal itself as the “entree”, while Australians call it a “main”. To make it even more confusing, what Americans would call the “appetizer”, an Australian would call an “entree”. Talk about confusing when people ask you if you liked the entree!

If you go to a restaurant or cafe and order a cup of coffee, you’ll probably be confronted with some form of cappuccino. It turns out that the majority of Australia doesn’t do the standard drip coffee that other countries are used to. Instead, a coffee here is an espresso-based drink, and never does it come in a “bottomless cup” form. Luckily, the Australians take their coffee quite seriously, so at least what you get will be tasty!

The Truth About Hamburgers

As an American, I stereotypically enjoy a good hamburger every once in a while. When I do get a craving for one of those all-beef patties, I expect an all-beef patty. The Australians, on the other hand, see all-beef as boring, so they sometimes decide to mix it with other things: spices and breadcrumbs for example. It can be shocking if you’re not expecting it, so you might want to ask in advance how the burgers are prepared. Otherwise, try ordering a steak burger.

>> Read about the Burger with the Lot

Even the condiments can come by a different name in Australia. Don’t be alarmed when a local asks you if you want tomato sauce on your burger; they are just referring to ketchup. However, this also makes shopping for actual tomato sauce a bit more difficult because that then becomes a slew of how-do-I-know-what’s-what questions when shopping.

>> Learn more about ketchup in Australia

This one is probably not too surprising since most people know about the traditional meal of fish and chips. Chips, or hot chips, in this country is what you would call fries in other countries. Potato chips can also be called chips, or crisps.

Another fun menu adventure involves the use of the word “capsicum” instead of peppers. This is a useful one to know if you’ll be ordering pizza at some point in Australia. Simply saying that you want peppers on your pizza can result in questioning looks as the waiter asks if you meant black pepper.

That delicious, sweet and refreshing lemonade that you know and love is also a mystery down under. In fact, as Hannah mentions in the comments below, you will be served an icy Sprite instead. Refreshing? Yes, but just not the same.

If you order something with coriander, you are actually getting a bit of our beloved cilantro in the mix. In America, for example, we differentiate the two. There, the cilantro refers to the leaves, while coriander refers to the seeds.

Biscuits in Australia can have multiple meanings. It can refer to delicious, sweet cookies, or it can refer to savory crackers. In order to differentiate, Aussies will often say “savory biscuits” or “sweet biscuits” in conversation.

Got that down? Now learn about tipping in Australia.