When traveling around Australia, you will quickly find that different beers are found on tap in different areas. In fact, beer offerings and beer brand loyalty are quite regional, and that means you may have to switch up what you’re drinking depending on where you are in Australia if you’re planning to blend in Down under. Oh, and don’t forget to brush up on all your drinking terms.

When in New South Wales, beers like Tooheys, Hahn and James Squire are popular with the locals. Victoria’s VB is also found on many pub menus throughout the state. 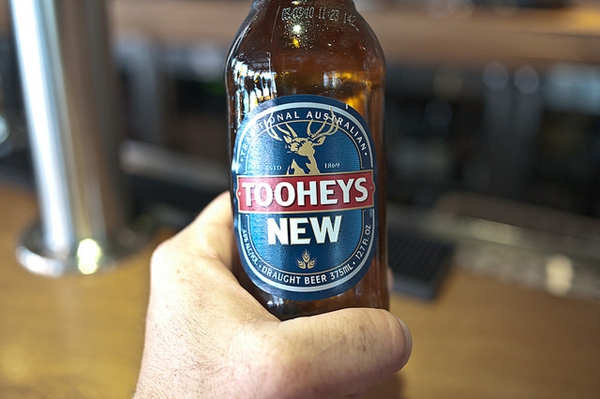 Tooheys has been around since 1869 and currently holds a brewery in a Sydney suburb, Lidcombe. Tooheys produces several different types of beer including Tooheys New, Tooheys Old, Tooheys White Stag and Tooheys Extra Dry. Tooheys Old is a dark ale that would be considered more consistent to the original style beer made when Tooheys originally started in the 1800s. 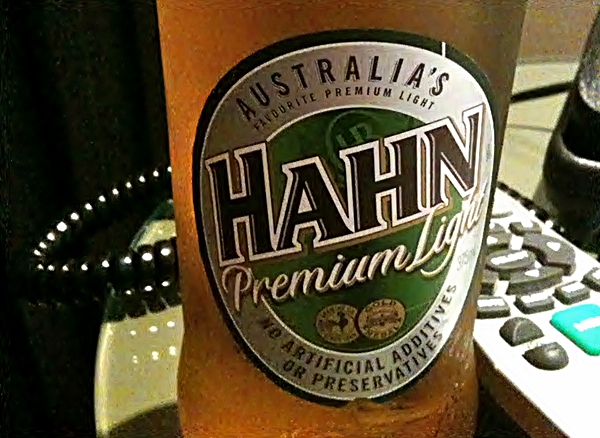 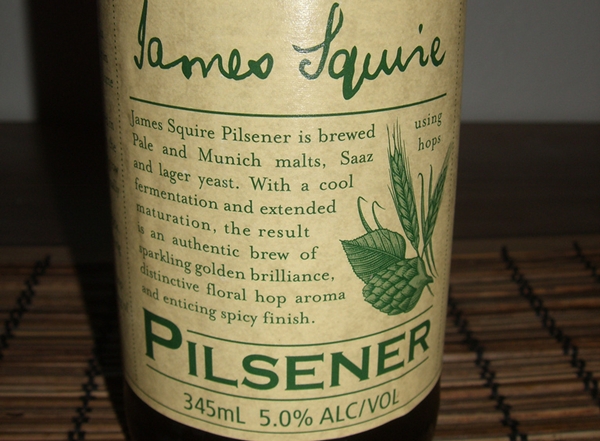 James Squire is a brewery that holds the name of Australia’s first commercial brewer. James came to Australia as a convict, but then became a person of many professions and ventures, one of them being cultivating hops and brewing beer. James Squire Brewery is based in Sydney and produces several beers including the James Squire Amber Ale and Golden Ale, as well as seasonal and specialty brews like Sundown Lager.

>> If in the Sydney area, check out my tips for ways to save money on drinking. Or, check out a list of small bars where you can enjoy one of the above drinks.

The beers in Tasmania are generally split with Cascade in the south and Boags in the north. 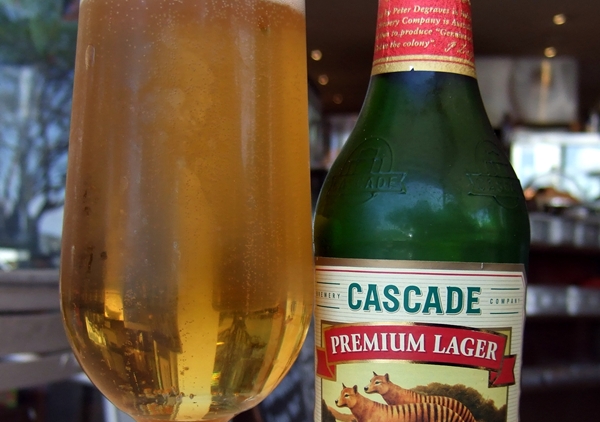 Cascade Brewery is located in Hobart, Tasmania and is considered the oldest brewery in Australia that has been operating at a continuous state. They produce a wide range of beers from the standard Cascade Premium Lager to seasonal brews to homebrews. A visit to Cascade Brewery is always suggested as one of the top things to do in Hobart. 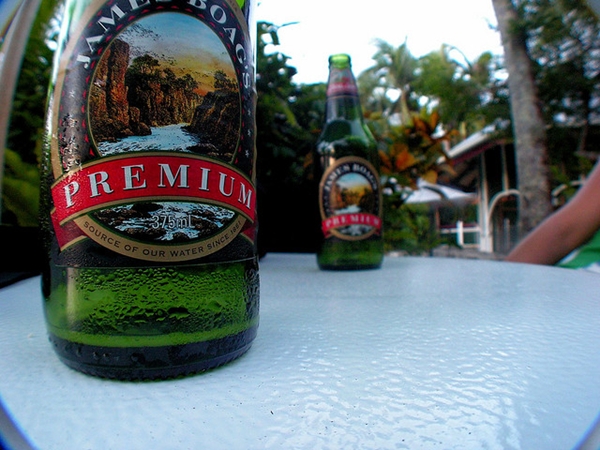 Boag’s Brewery is located on the north side of the island in Launceston. It was founded in 1883 by James Boag and his son. This brewery produces a number of beers from the James Boag’s Premium Lager to Boag’s Draught and Boag’s Honey Porter.

Victoria, the state to the south of New South Wales, is popular for VB and Carlton Draught beers. 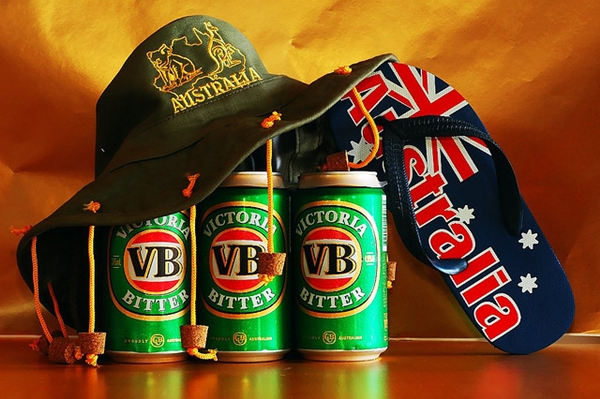 VB stands for Victoria Bitter, and it is the beer that is sold the most in Australia. This beer is brewed in Melbourne by Carlton, but it is sold and drank Australia-wide. 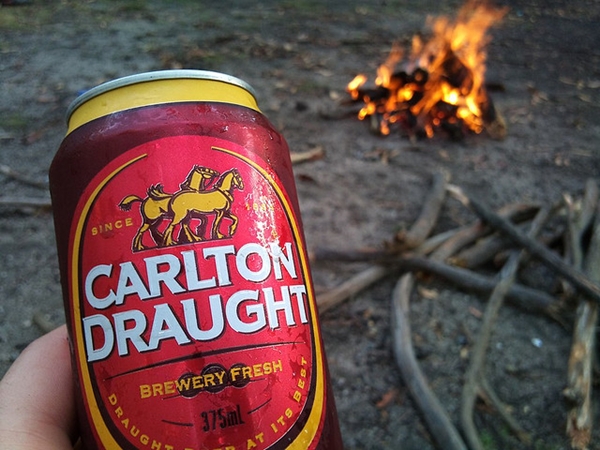 Carlton Draught is a pale lager produced in Melbourne. Although not as popular as VB, Carlton is still on the list of most popular beers in Australia.

>> Have a read about one of my favorite brews based in Victoria, Fat Yak

Almost as soon as you cross the border into Queensland you will start seeing ads for XXXX, the state’s most popular beer. XXXX is currently brewed in a Brisbane suburb, Milton, and is found on tap in most Queensland pubs. There are several types of XXXX on the market including XXXX Bitter, XXXX Gold and XXXX Summer Bright Lager. XXXX Bitter is the original brew, while XXXX Gold is a lower strength beer. The Summer Bright Lager is a low-carb option.

Some of the beers on offer in South Australia include Coopers, West End and Southwark. 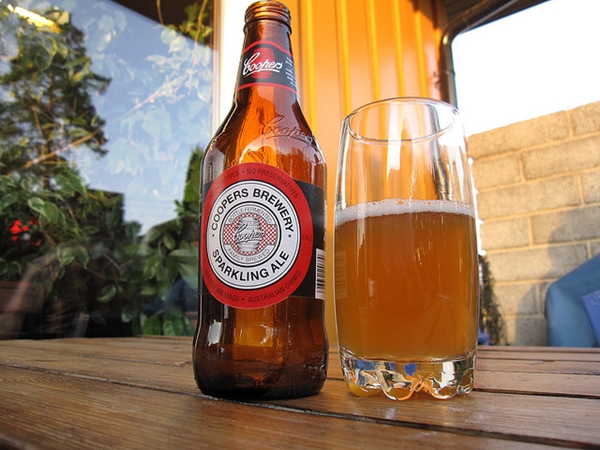 Coopers Brewery has its headquarters in Adelaide. It is a family-run brewery as it has been since its founding in 1862. Some of the beers on offer from Coopers include the Sparkling Ale, the Pale Ale and the Best Extra Stout.

Popular regional beers in Western Australia include Swan and Emu. 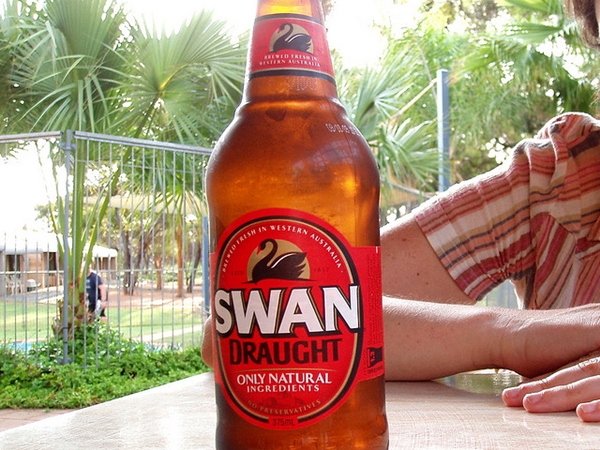 The Swan Brewery is located in Perth, an area near the Swan River and Swan Valley. The Swan beers to note are Swan Draught and Swan Stout.

Emu Brewery was also located in Perth along the Swan River until it was bought out by Swan Brewery. Emu brews are still made at the Swan Brewery and include Emu Bitter, Emu Export and Emu Draught. 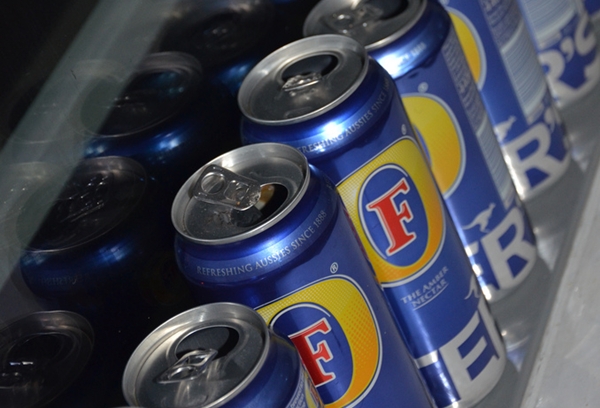 Are you wondering why Foster’s is not on this list? Foster’s is commonly advertised abroad, specifically in the USA, as an Australian-loved beer. The sad fact is that you can rarely even find Foster’s Down Under because it is usually sent straight to export. Don’t let the ads fool you. Foster’s is not Australian for beer.

>> This is one of many things you should know about Australia