Search for cheap flights to Darwin using the widget above. 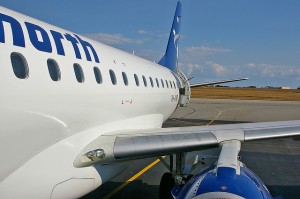 Darwin International Airport is a vital airport in Australia’s Top End, connecting Australia with countries in Asia as well as other parts of the country. It is the main hub in the Northern Territory, yet still only the 10th busiest in Australia.

The Darwin International Airport (code: DRW) is located about 13 kilometers outside of the city center to the north. For those looking for budget flights to or from Asia, it might be an option to find a cheap flight to Darwin and then search for a budget flight to your final destination. It also adds the possibility for a stopover in this unique part of Australia, given you’re willing to bear the tropical heat to do so.

Flights from Asia
Cheap flights to Darwin can be accessed via many Asian cities, such as Singapore, Bali, Ho Chi Minh, Dili and Manila. The airlines of particular interest here will be Qantas, AirNorth, JetStar, Virgin Blue, Skywest and Tiger Airways.

Direct flights from overseas to Darwin are limited simply because it is a less popular tourist location, and a smaller population in general. The Top End is not known for having the most livable conditions, meaning fewer people live there, work there and travel there as compared to Sydney and Melbourne for example.