What's On Sydney in January 07 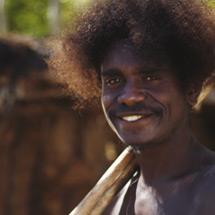 January in Sydney, and indeed all of Australia, is the July of the Northern Hemisphere. We all know what that means… SUMMER! Most Capital cities have scores of things to do, but some of the most fun, based in Sydney, surround the Sydney Festival and the Outdoor Theaters.
The Sydney Festival is an Arts Extravaganza featuring everything from outdoor techno dance parties harbour side, to touring theatrical groups, to hot air balloon symphony.
The Outdoor Movie Theaters are an institution. Bring out the picnic rugs, a chilled bottle of white, and sit back to watch current release movies. EVERYONE will be there! Some of the links below will take you to a home page that includes schedules for other capital cities.

Moonlight Cinema in Centennial Park. You can BYO picnics, however they also have fabulous, fully licensed catering on site by The Fringe Bar. In all Capital cities
Bondi Open Air Theatre… in Bondi… Derrrr. 10$ first week! Starting 18 Jan
And the mother of the Open air Cinemas Open Air Cinema Harbour side at the Sydney Botanical Gardens. Melbourne too!