QM2 and QE2 in Sydney Harbour in Historic Meeting 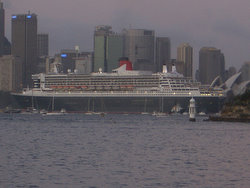 The massive 151,400-ton Queen Mary 2 will smash the record as the biggest ship of any type ever to visit Australia when she arrives in Sydney at 6.30am on Tuesday February 20, 2007. She was led by fireboats shooting fountains of seawater high into the air from their water cannons, and escorted by an entourage of smaller ships, yachts and boats of all types. Larger than 132 Manly ferries and too big to dock at Circular Quay, the A$1 billion Queen Mary 2 will tie dock at Woolloomooloo.
In an extraordinary event, the giant Queen Mary 2 will be joined in Sydney Harbour during her maiden visit by her famous ‘little sister’ Queen Elizabeth 2 at 7.15pm. The two great Queens will greet each other for this historic first meeting with a “whistle salute” using their 2,000 pound, 7-foot long signaling horns that can be heard over 10 miles away. The dusk spectacle will be the first time two Cunard Queens have been seen together in Sydney since World War 2 when the original Queen Mary and Queen Elizabeth visited the city as troop carriers in 1941. 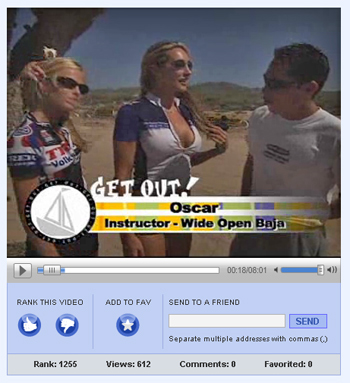 The rare meeting will be celebrated with a spectacular fireworks display over the Harbour at 8.40pm. Queen Mary 2 will sail from Sydney at 11pm on February 20, bound for Hong Kong.
The 345m-long Queen Mary 2 is capable of carrying up to 3090 passengers and 1253 crew and boasts 10 restaurants, five pools, the biggest ballroom at sea and the first planetarium at sea.
For latest information about event timings and vantage points for QM2, visit Cunard’s special website www.queenmary2.com.au