Splendour in the Grass – Music Festival 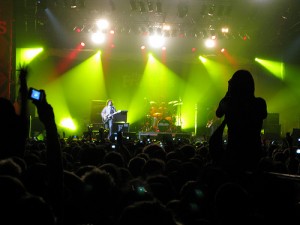 It starts the last weekend of this month! Are you going?

Splendour in the Grass is a very popular music and arts festival that takes place during the Australian winter, usually in Byron Bay, New South Wales. The festival comes around every July and features heaps of bands and musical acts that result in lightning quick ticket sales.

Splendour in the Grass made its debut as a one-day event back in 2001, but the popularity of the event led it to becoming much larger the following year. In 2002, Splendour made its mark as a two-day event with musical acts ranging from Grinspoon to John Butler Trio taking the stage.

2011 Splendour in the Grass

The 2011 event is being held again in the changed venue of Woodford, Queensland from the normal location of Belongil Fields. The reason for last year’s change comes from the delayed approval of a permanent location in New South Wales. This meant that the preferred location would not be ready in time for the 2010 event, leading event holders to move to the Queensland border area for this year’s festivities. The event has returned yet again to this location.

Unfortunately, tickets are no longer for sale for 2010, but do take a note of this event so you can get yours early in the coming years!