See Oprah at the Oprah House! How to Get Tickets to Oprah in Sydney 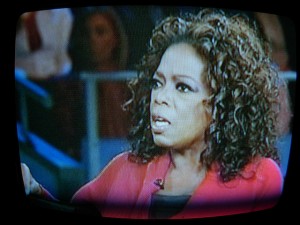 Oprah’s on! Tourism Australia and Oprah have teamed up in an event so massive that you would… well… only expect it on Oprah. The talk-show diva announced recently on her show that she would be taking her entire audience (all 300) to the land down under to film the first episode of her final season!

As part of the experience, the Sydney Opera House will temporarily become the Oprah House. In addition, a lucky 3000 Australians will be able to attend the show. So, I bet you’re wondering by now how exactly you can be one of the lucky ones with tickets!

Tickets to Oprah in Sydney

The way these free tickets will be released is through an online lottery system, which is being managed through ten.com.au. Starting at some point in October, you will be able to register your interest on the Channel 10 website, and if you are lucky, you will get to be a member of the audience.

I received an email with more details on registering interest for tickets:

Because of the overwhelming interest, Oprah is now taping TWO shows on December 14th. That’s means double the chances for tickets… but you must register within the window above to be considered!

The Goal for Australia Tourism

This opportunity was put together through Tourism Australia with help from Qantas and the local governments, and the hope is that a little Oprah publicity down under will help with lagging tourism. The cost for this program is said to be around $1.5 million alone from the Tourism Australia group. I hope that this opportunity pays off for the country here, but more importantly, I hope I can get tickets!

The taping of the show will take place on December 14th at the Sydney Opera House. You might want to think about booking a flight and hotel in advance as I can see this making the already busy season even busier in Sydney!