The Melbourne International Film Festival – Facts, Tickets & Getting There 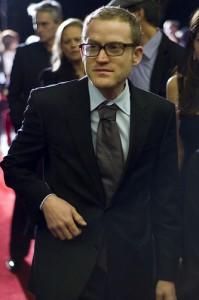 The Melbourne International Film Festival, or MIFF for short, takes place every year in the funky city of Melbourne. Featuring hundreds of films from over 50 countries, the festival is the most popular of its kind in all of Australia. Lasting for 17 days in the Australian winter season, the MIFF draws in nearly 200,000 in attendance, and brings in millions of dollars to the local economy.

This year marks the 59th anniversary of the film festival, making it one of the oldest film festivals in the world. Films shown are both international and Australian, with a large short films category as well. The city of Melbourne comes alive during the MIFF because of the various events and parties that take place as part of the festival in many different locations.

The 2010 festival will take place from July 22 to August 8. Tickets for the event are available both online and through the box office.

The MIFF is part of a series of film festivals in Melbourne which include the Melbourne Underground Film Festival (MUFF), the Melbourne International Animation Festival (MIAF) and the Melbourne Queer Film Festival (MQFF). The MUFF in particular is said to have spawned from the MUFF when certain films were deemed unacceptable for submission. Films of more controversial, alternative, sexual and political subjects can be viewed at the MUFF.

In 2009, the MIFF drew even more international attention when a film featuring a Uyghur leader that was exiled from China was put in the program. The Chinese government made various moves to have the film taken out of the schedule, but it was refused by the MIFF director. This controversy even drew the attention of the Dalai Lama, and the presence of demonstrators required police to be at the screening.

Getting to the MIFF can be as easy as catching an international flight to Melbourne, or even catching a budget flight within Australia. If thinking about renting a car or campervan, be aware of the time it takes to travel from one big city to another in this massive country. The same with public transportation, such as buses and trains, the trip may take many hours.

>> More information on the Melbourne International Film Festival can be found by visiting the official website.