Western Australia and the Northern Territory are two sparsely populated Australian regions which are some of the most isolated and unforgiving environments on Earth. Yet, they also have some of the most stunning and beautiful places you will ever see. There are four locations here which have been inscribed on the UNESCO World Heritage List. While difficult to reach, they can provide the most satisfying experiences during a visit to the wonders of Australia. 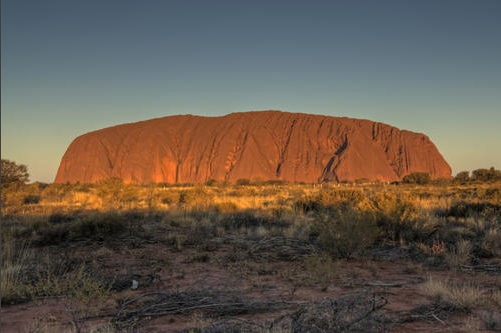 Uluru/Kata Tjuta – Perhaps the most iconic image representing Australia and the outback is that of Uluru. Along with its sister rock formation of Kata Tjuta, Uluru is a marvel of the red center of Australia. You can fly directly to Uluru via Qantas but most people use Alice Springs as a base and travel there by land. Make sure to be there to view sunrise and/or sunset. The iron content of the rock makes the color change throughout the course of the day. Camping and lodging is available in the park. Even though you are in a desert, temperatures can drop below freezing at night. It is possible to climb Uluru, but the locals aboriginals ask that you not. 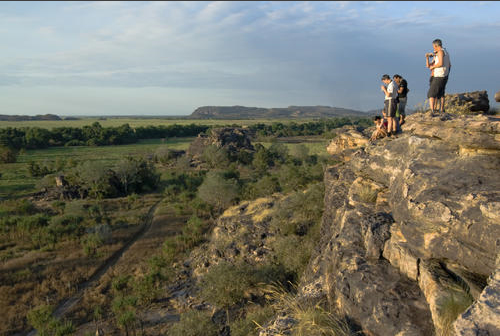 Kakadu – If you have seen the movie Crocodile Dundee, you’ve seen Kakadu. Located just two hours from Darwin, Kakadu is the premiere destination to see Australian wildlife. Saltwater crocodile warning signs litter the park as the wetlands of the area allow for bountiful hunting. In addition to crocs, waterfowl and kangaroos, Kakadu is one of the few World Heritage in the world to be listed for both its natural and cultural significance. Abrigional rock art can be found dating back 20,000 years. 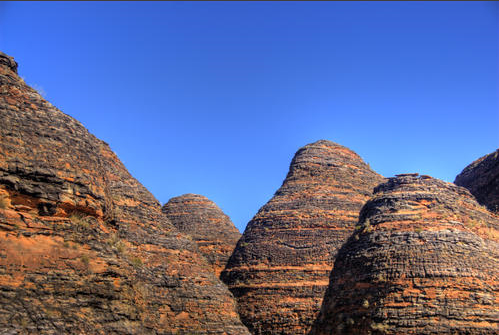 Purnululu – Unknown to the world save for local aboriginals and ranchers until the 1980s, the bee hive domes of the Bungle Bungle range in Purnululu National Park are one of the most unique erosional formations in the world. Of all the World Heritage sites in Australia, Purnululu might be the most difficult to get to. The only nearby settlement is the Turkey Creek Roadhouse which is a three hour drive away by unpaved road. Turkey Creek is itself 2 hours drive from the remote city of Kununurra. In addition to the domes, Purnululu is famous for its dramatic chasms and gorges. The park is closed during the wet-season from October to April so check ahead before you go. If you plan on driving there yourself, you will need a 4-wheel drive to get to the park. 1, 2 and 3 day tours are available out of Kununurra or Turkey Creek. 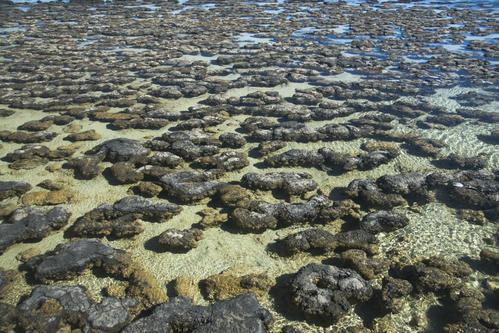 Shark Bay – Located on the far west coast of Australia on the Indian Ocea, Shark Bay is home to some of the most unique aquatic life in Australia. In Hamline Pool you can find several million year old stromatolites, which are bacterial colonies and the oldest creatures on Earth. In addition to living rocks, you can also fine more dynamic creatures such as dolphins, humpback whales, whale sharks and dugongs. Shark Bay can be reached in about a day of driving north from Perth (400mi, 650km).

Gary Arndt has been traveling the world non-stop since March 2007. You can read about his adventures at his travel blog. Photos by Everything Everywhere Travel Photography. All rights reserved.