The One Year Anniversary of the Big Sydney Dust Storm

One year ago from yesterday, I woke up to an eerie glow creeping in through the window blinds. It was bright orange, and with it brought an ominous feeling like I had somehow slept through a nuclear blast and was now experiencing the fall-out. Or, as many others put it, it simply looked like Armageddon. 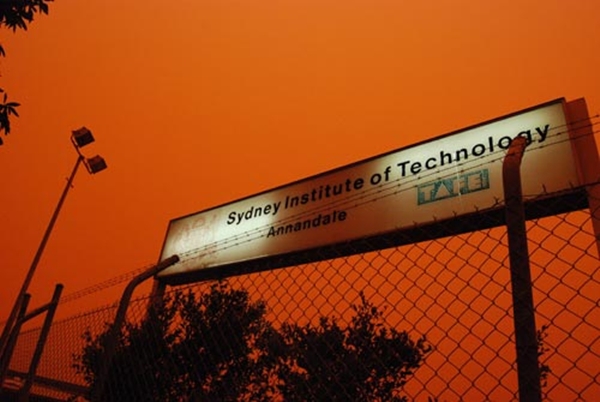 But, it wasn’t Armageddon; it was just a giant dust storm that blew in from the far west (as far as Adelaide). Since the dirt was red, it mixed with the morning light to cast a red-orange glow and drop visibility like a very thick fog. This obviously caused huge problems for those trying to drive into the city, or flights were delayed and diverted as necessary.

I remember leaving for work in the morning and thinking it just didn’t feel right, and the fact that I had to wash off a layer of dust off after arriving just proved I probably shouldn’t have been out. In fact, those with respiratory issues and asthma were warned to stay home. The dust even managed to make its way into some buildings, setting off the fire alarms.

Even though we all spent the next few days cleaning the red dust out of our apartments and off our cars, it was definitely exciting. It also proved to be a spectacular photo opportunity for amateur photographers everywhere.

Check out this amazing album from the Sydney Morning Herald: Sydney Blanketed by Red Dust

Where were you during the big dust storm last year, and how did it affect your day?