The following is a guest post from Hannah DeMilta, an American expat living in the land Down Under. 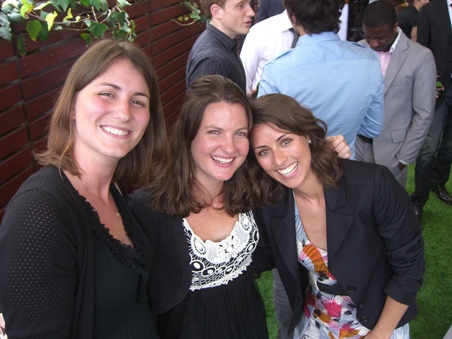 I moved to Australia almost nine months ago and started my new job with a digital marketing agency here in Sydney. I’ve enjoyed the experience of learning more about Australian culture through the workplace. There are some noticeable differences that I’ve seen between the work culture here and in the states. There are also differences in the workplace that I’ve learned to adapt to while being here.

Language in the Workplace

One of the first things I learned when coming to work in Australia was making some changes to the way I spelled and said things. While I will probably always have my accent, I needed to adjust my spelling when communicating on social media on behalf of clients. In Australia they often use “s” instead of “z” in words such as “recognise” or “realise.” It’s also pronounced “zed” instead of “zee,” which took getting used to. I try to communicate both written and verbally using Australian phrases, words and spelling, especially with my clients. 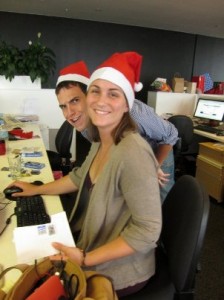 “Australians love their time off.” This is what someone told me the first time I came to Australia and it’s so very true. The standard annual leave here is 4 weeks out of the year, not including your sick days/ personal days. Not only do Aussies enjoy more time off than most Americans, they also truly go on holiday and don’t work while they’re away. They are very respectful of your time off here. You wouldn’t call someone who is on annual leave with work related questions, or expect them to be answering emails. It’s a culture that values a work/life balance, something I think we miss out on in the states.

There is a beautiful coffee and tea culture in Australia. I’ve blogged about it before, and while this coffee culture extends beyond the workplace but you certainly see it at your office as well. Several of my colleagues ask daily if anyone would like a tea in the office as they head to the kitchen to make one for themselves. I rarely drank tea at home and now it has become somewhat of a ritual (coffee too). My favourite time to have tea is with cake or a biscuit (aka cookie for the Americans) in the afternoon.

The conversational chit chat and friendly greetings plays an important role in the office. It’s what some call “water-cooler talk” that is both expected and encouraged in Australia. I’ve made an extra effort in my communications online to be friendlier and often start by saying “hope you’re having a great week,” rather than dive straight into business.

Another difference between the states and Australia that end up affecting me has to do with something called the Australian Superannuation System or the Australian Super. Your employer must pay money into your super account each year (it’s nine percent of your base salary). Australians can claim this when they retire. You don’t receive health insurance from work here because all Australians are entitled to free basic coverage. Therefore your health insurance and work benefits when job searching becomes irrelevant. 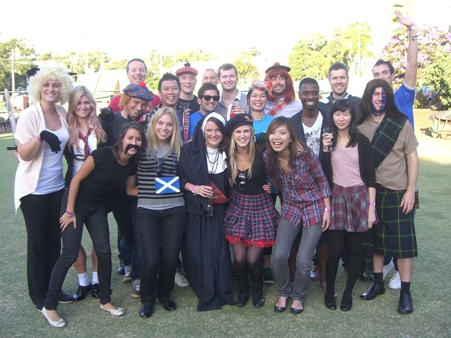 I embrace the work differences and enjoy the memories we’ve had here not only at our desks, but also just having fun. I enjoy Pub lunch Friday, another common tradition for many Australian workplaces. Nothing beats having a beer with your coworkers in the Sydney sunshine. Our last quarterly outing was lawn bowls (another first for me). When we found out our college was headed back to Scotland, we themed the lawn bowls Scotland and all dressed up as famous Scots, Scottish people or someone named Scot. I doubt you would have seen quite the same scene in the states.

We had our work Christmas party this year on a boat on the Sydney Harbour. Certainly something you could never do during the month of December in snowy Cleveland, Ohio. I’ll continue to enjoy these moments and new experiences with my colleagues while I’m abroad.

Have you worked in both the US and Australia? What differences have you noticed?

Hannah is originally from Cleveland but moved to Australia in 2010 where she works as a Social Media Specialist at Sydney digital agency, Switched on Media. Hannah is a social person online and offline, feel free to connect with her on Twitter or follow her story on her blog at hannahdemilta.com.