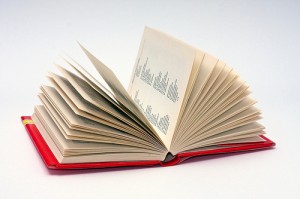 Australian English is a unique mix of different words and a whole lot of slang. It’s not always easy to understand for those that haven’t yet been exposed to it – and, no, watching Crocodile Dundee a hundred times will only begin to prepare you for what’s in store.

To be honest, I am still surprised by the amount of slang I come across in my daily life here in Australia. For it being such a lazy language, it seems like people sure do go out of their way to think of the strangest ways to explain things.

To help get you ready for your trip, I’ve put together this ultimate guide on how to speak like an Australian.

Do you love a good Aussie accent? Take it from me, an Australian accent is one that can make the American ladies swoon; it can also make you cringe if someone does it wrong. Looking to improve your Aussie accent, then this video can get you started:

I mentioned it in another post on Aussie slang, but talking like an Australian is like talking with your mouth full. It’s kind of a lazy language in typical Aussie laid-back fashion, so rolling words together is a way to approach speaking like a local.

When many Aussies speak, they do so with what is known as a rising intonation — something that resembles asking a question even when they might just be stating a fact.

You will need to brush up on some of the Aussie slang that is a part of Australian English in order to fully understand what people are saying. You can watch this video if you want a little intro to what Aussie slang sounds like:

You can also read through some of the posts on my favorite Australian slang:

But learning certain key phrases and Australian idioms is only the beginning. Did you know there’s such a thing as Australian rhyming slang? Oh. my. goodness. This really takes the cake. It’s like pig-latin, but way more difficult to understand unless given in the right context. For example, they might say something like “Al Capone” instead of “phone”. Luckily, this isn’t really popular, so you don’t have to focus on it.

Some Words Are Just Different

One of the words that gets the biggest reaction whenever I use it is “aluminum”. I might be talking about aluminum cans or aluminum foil, but the Aussies (and the Brits) call it “aluminium”, which is apparently the correct word for it. The Americans have just decided to make it more efficient and take out the “i” (which is my response). Just be aware, my fellow Americans in Australia, you are bound to be subjected to criticism from the moment the word leaves your mouth.

Perhaps you much prefer to have a guide on-hand wherever you go. If this sounds like you, then an Aussie slang book or dictionary can set you right. I recently received a couple for Christmas, one which actually explains the history of the word or phrase at hand, and I must say these would make for an excellent gift for anyone looking to travel to Australia.