Guurrbi: More than an Aboriginal tour 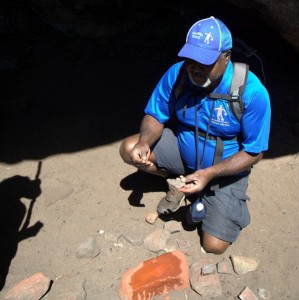 Guurrbi provides tours that introduce visitors to beautiful surrounds as well as the Aboriginal culture. Wilfred Gordon is the man behind the face for this Cooktown company, opening up his world to those interested in listening. Tours involve an introduction into bush medicine and personal stories of Willie’s family history and land.

Tours run twice a day, every day except for Sunday. The morning tour is called the Rainbow Serpent Tour and lasts from 7:45 am to 1:15 pm if being picked up from Cooktown. The Great Emu Tour runs in the afternoons from 1:45 to 5:15 pm when picked up in Cooktown.

Bookings can be made directly through the Guurrbi website.

When I signed up for a Guurrbi tour in the tropical north of Queensland, I was excited to get the opportunity to learn more about a culture unfamiliar to me and even many Australians. Having chatted with Judy on Twitter about the region and the program in advance, it seemed the perfect place to kick off the 16 Day East Coast Australia Road Trip as it would introduce us (Heather and I) to a unique taste of the far north of this country. I expected to see some great sights and learn a bit about the bush, but what I didn’t expect was the deep-thinking, more introspective moments about to come. 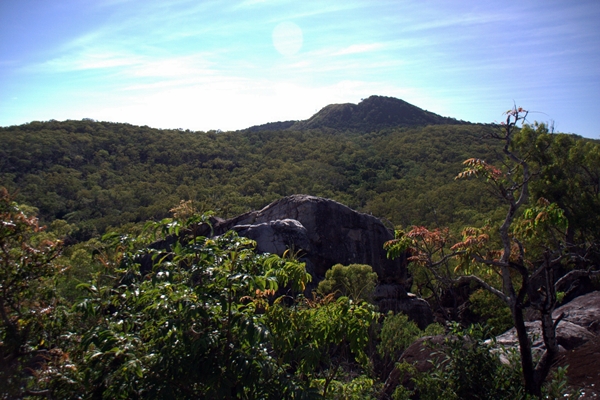 The Rainbow Serpent tour starts early in the morning to get around the hot afternoon sun period the north is known for. The drive to the hills outside of Cooktown takes about 45 minutes during which time Willie will chat about the land, his business and how it all ties into his Aboriginal heritage.

The tour itself touches on several areas, which are talked about below briefly; I don’t want to ruin the experience for you!

After multiple displays of how different pieces of nature, whether it be tree sap or leaves, could be used to clean, soothe and soften the skin, I got the idea that it would be cool to integrate some sort of spa experience into the tour. However, given the fact that there are no toilets or running water in the area, no one else was keen on the idea. Still, it is so interesting to see how Aboriginal people used the land to protect the most important part of their bodies – their skin. 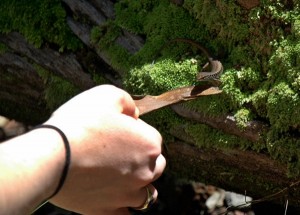 If you’re lucky, you might get to be one of the guinea pigs for his demonstrations. This could mean you get to experience the softer skin benefits of a certain plant, give a lizard a drink of water, or it could mean that you get to eat bugs. Yep, I got the lovely experience of licking ant guts off my fingers. Don’t worry – it’s apparently good for you!

Besides the good stuff, Willie makes sure to talk about what to watch out for as well. I had no idea that certain caterpillars could burn my skin, or how important the simple need to seal a wound could mean the difference between life and death. Australia is no walk in the park when it comes to living without modern luxuries the way that many Aboriginal people had been doing for years. 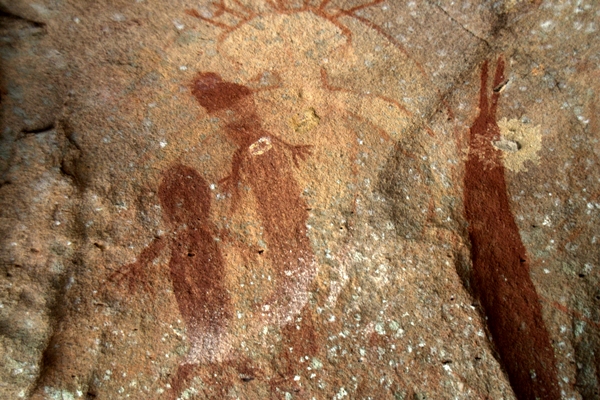 Willie, being the story-keeper for the Nugal-warra clan, opens up his life and family to visitors. Part of what makes Guurrbi so intriguing and enlightening is the fact that this is his story. I was able to see where his grandfather left art behind (and what it means), and also where his grandmother gave birth. 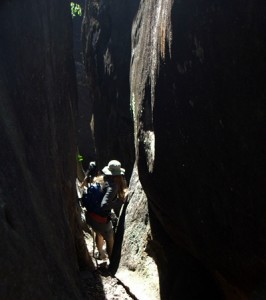 When looking at another culture in general, it is easy to look at various aspects and not understand the meaning behind it. With the Guurrbi tour, it was great to have all the bits broken down and examined with someone who was capable of explaining it. It all made sense at a basic level – the need to survive, and the human desire for hope – the basic building blocks of all people, no matter where they come from.

This tour may not be for everyone, but it is a great cultural experience for those that are willing to show up with an open mind. And, you don’t have to be from overseas to appreciate and learn something from the tour. What I found interesting was the fact that the majority of participants were actually Australians themselves.

>> Read about getting to Cooktown from Cairns