Favorite Australian Slang: When In Doubt, Add an “O” 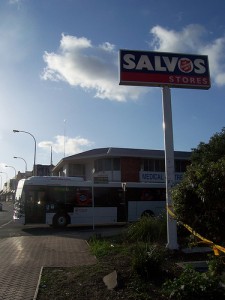 The Australian language has an obsession with dropping off the last one, two or three syllables of a word and just adding a big “o” at the end before calling it a day. Sure, it saves time when speaking, but really… are all Australians that lazy that they can’t finish a word properly?

I never really thought about how much extra energy we exert (we meaning Americans) when we speak. We pronounce words a lot harsher, using a lot more of our mouth and face muscles in the process. I would never, ever have thought to shorten the word “present” to “pressie” or “ambulance” to “ambo” until arriving in Australia and being forced to understand the differences between our forms of English. But, I guess Australians would argue that their way of speaking is simply more efficient.

So, this brings us to our next bit of favorite Australian slang. This is a simple list of some Australian words that end in an “o” and often leave foreigners with a confused look on their faces if they haven’t heard them before:

The o’s don’t stop there. There are shortened location names with a big “o” popped on the end, like Rotto for Rottnest Island and Freo for Fremantle. Names of people are often shortened with an “o” as well, such as Jono and Dicko.

Did I miss a big one that should be on this list? Let me know!