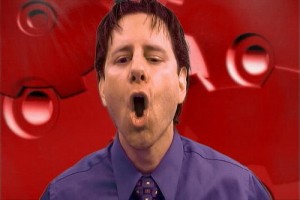 When it comes to the Aussie language, it is sometimes just the pronunciation of a word that can throw you off (especially if you’re American like me). The word can actually be spelled in the exact same way, yet still come out sounding like something foreign. That’s when we have to rely on the old “context” to figure out a meaning (or asking. Asking works.).

For a more thorough guide to speaking like an Aussie, check out the Australian Language Guide I put together that touches on all the areas of language differences.

Here is a list of some of the words with unique pronunciations in Aussie English as compared to American English.

Oregano – It’s an herb we all love in our Italian-based food, but when an Aussie first says or-ay-GONE-oh (stress on the “gone”), you might be a bit confused. We Americans particularly enjoy or-AY-gu-no (stress on the “ay”).

Herb – Oh, now this is another good one. The Aussies actually say the “h” in herb while Americans give it a silent “h”.

Buoy – Wow, if there was ever a word that brought up controversy, it would be buoy. This water-submerged marker is called a boo-ee by Americans but a boy in Australian.

Maroon – This reddish color is shockingly sometimes pronounced as marOAN by Aussies. So, instead of the Blues versus the Maroons in Origin, it was the MarOANs.

Weekend – Weekend isn’t too confusing, but I thought this would be a good time to bring up the slight difference. Instead of stressing the week part of the word and trailing off at the end in American English, Aussies tend to stress the end part of the word (week-END). You’ll notice it very quickly on the TV news programs.

Controversy – I guess you could say the pronunciation of this word is controversial… ha? Okay, but really, I’ve heard it said the American way (contrO-versy) and another way (contrAH-versy).

Tortilla – To an American, the pronunciation of any Spanish word related to food will be like a little punch in the gut to your ears. Instead of tor-tee-ya, they [Aussies] will commonly throw out a big tortilla with both l’s boldly indicated. Not everyone does it, but it is still very common. How would you guess they say quesadilla?

Melbourne – Despite this word having a big “r” in it, it is actually pronounced more like Mel-bun.

Cairns – Again, this is another example of how to not say your r’s as Cairns is definitely more of a Cans in Australian English.

Brisbane – As much as we Americans would recognize Brisbane as Bris-bayn on a map, it’s just not said any other way than Bris-bin Down Under. 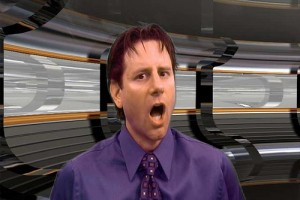 Just a note: Not all Australians say the words this way. This is just what I’ve encountered during my time here.

Don’t forget to check out my favorite Australian slang posts where I touch on words like ta, chook and bugger.

Do you have any other big ones you think should be on the list? Leave me a comment, and I’ll add it to the list the next chance I get.