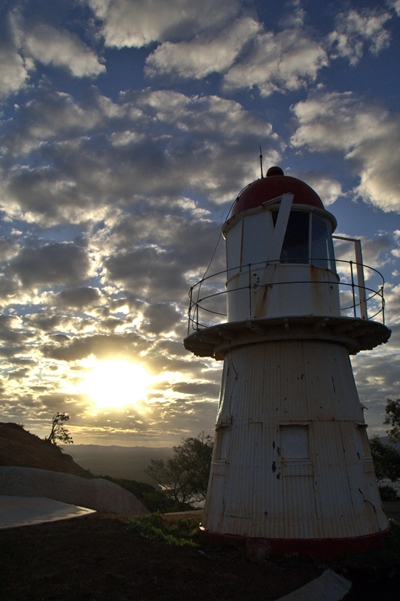 Cooktown may be a little secluded, but that doesn’t mean that it should be overlooked on any Queensland, Australia trip. If you happen to make it as far north as Cairns, Cooktown is really only a short (4.5 hour) drive further on paved road. It has a population of just 2000 people, and is generally seen as an area of unspoiled beauty.

Cooktown is located on the east coast of Australia in the far north of Queensland just before the Cape York Peninsula.

How to Get to Cooktown

Cooktown can be reached by car, bus, plane and boat. If flying, you will most definitely be looking at flying into Cairns first, and then catching a small flight to Cooktown. The flight alone takes a mere 35 minutes from Cairns. Driving can go one of two routes, the inland way that involves sealed roads, and the coastal way that requires a 4WD vehicle. Buses and boats are also an option, but make take a bit more time.

>> Read more about getting from Cairns to Cooktown

Being part of the tropical north of Queensland, Cooktown has dry and hot winters and hot and humid (and wet!) summers. Summer is high wet season for Cooktown, and even though it brings the greenery to a full, lush level, it can also make it a little uncomfortable to travel around in. Average highs in the summer are generally in the lower 30s Celsius with humidity, while average highs in the winter are usually around 26 Celsius.

What to Do in Cooktown

Cooktown is not the bustling party scene that Cairns or Port Douglas may be, but the area does hold a lot of history and just a quaint atmosphere. Cooktown is actually named so because it was the location of Captain James Cook’s initial landing from the Endeavour River in 1770. There was even an important first encounter with Aboriginal people at this time that is currently re-enacted each year in the Cooktown Discovery Festival in July.

A number of restaurants line the waterway and provide fresh seafood meals. Restaurant 1770 is one to note in this area, but Nature’s Powerhouse is an excellent cafe in town that provides beautiful surrounds of the Botanic Gardens in addition to a tourist information center and gallery.

The history of Cooktown can be viewed by visiting the James Cook Museum, the Old Bank, and the James Cook statue on the waterfront. The lookout point on Grassy Hill provides excellent views of the area and is a favorite among both locals and tourists to watch the sunset. Be sure to get up there early as cars can get backed up parking on the side of the road. On the top is also the location of a wonderful lighthouse.

Aboriginal tours are quite accessible from this area where many groups had made their home years ago.

Hotels, hostels and caravan parks are plentiful given the size of the town. If traveling in the high season up north (the winter months), you will definitely want to book in advance as the caravan parks in particular can start to fill up.

Cooktown is a gateway to the entire Cape York Peninsula.