The Unusual Weather in Australia

This past week has been a quite unusual one for weather in Australia. I am sometimes shocked by the amount of rain Sydney gets since most of the country is generally in a drought, and I often feel that the rain tends to follow me wherever I go. This current road trip to the south coast has been no different in that regard, but very different in others.

The trip started off on Saturday with a scenic drive south of Sydney through the Royal National Park. We were then to continue on the Grand Pacific Drive down to Kiama, which we did, but not without the accompaniment of a fair bit of rain and fog. Luckily, the fog sort of added a nice tropical vibe to the national park and other hilly areas along the way. 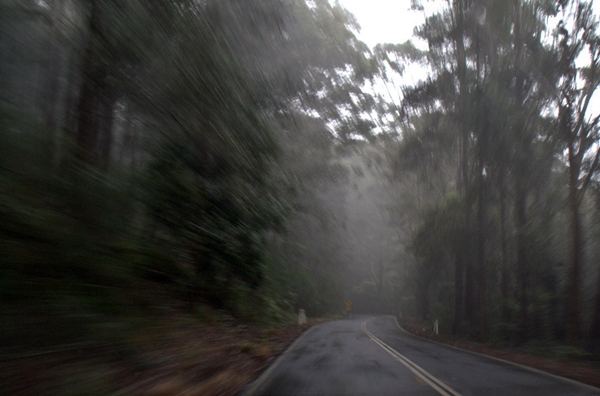 Once in Kiama, the rain calmed in the evening but only to let the winds be the star of the show. During the night, it became so strong that it turned the campervan into a sort of rocking cradle, lulling Pat into a deep sleep while I watched the stars through the moon roof. When we finally emerged in the morning, we were surprised to see the destruction that the wind had caused.

It started in our caravan park… 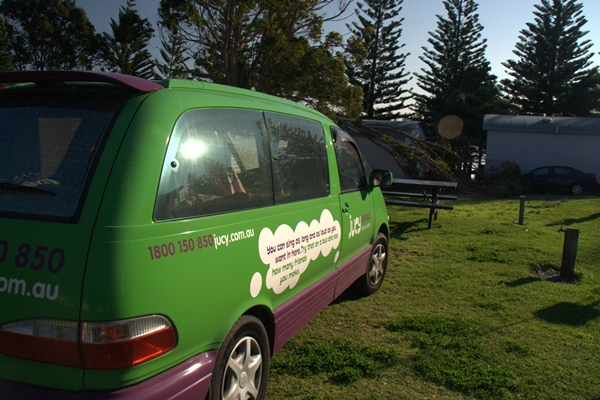 …and continued on the motorways. 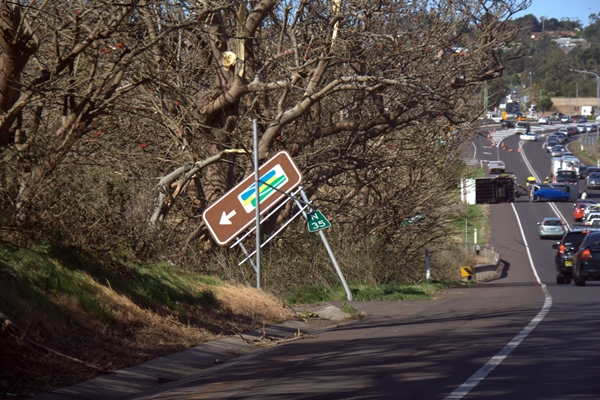 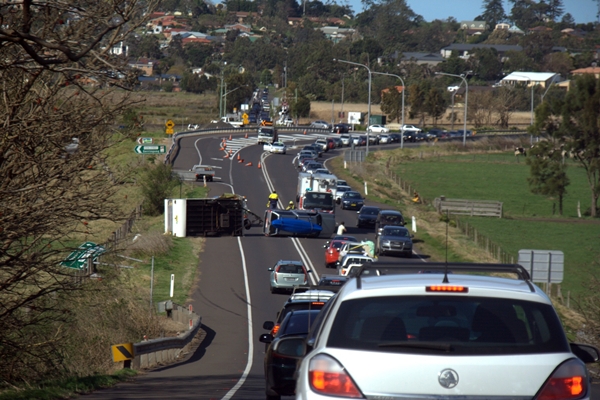 We actually pulled off from time to time if the winds felt too strong. We heard that the gusts during the day were on average of 70 kilometers an hour, with some getting up to 90. Trees (giant ones!) were down everywhere.

Pat and I spent the late morning shopping and browsing the small town of Berry and decided to move further south to Bateman’s Bay in the afternoon, completely unaware of the fact that the entire town was in a black-out. This made the fact that we really needed gas for the car a bit of a problem since electricity is needed to work the pumps. We later heard on the news that thousands of people, especially around the Ulladulla region were without power.

>> Read about crews working to restore power in Ulladulla.

By the next morning, power was back on in Bateman’s Bay, so we got gas and headed on to the Bermagui area just to be later bombarded with a fast-moving storm that brought down hail for a few minutes.

But, the weird weather doesn’t end there with just my trip; several places in Australia are experiencing a bit of unusual weather. Massive flooding is running wild down in Victoria. Even the outback is wetter than normal with floods trapping individuals in Birdsville that were visiting for the famous races.

>> Read more about the Victoria floods here.
>> Read about the Birdsville incident here.