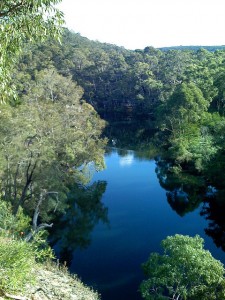 Even though summer has passed and it is now the beginning of the Australian autumn, plenty of hot days show themselves during March. Australia in March is a mix of cooler evenings and hot mid-day sunshine, or in other words – perfect. You can still do just about anything in Australia during this month, even camping in the south since it’s not yet winter. There are plenty of fantastic options on the Australia tours page.

Cheap airfares to Australia start to spring up again as the high travel season is now in the past. Overall, the tourist levels drop, and many of the backpackers clear out of Sydney and Melbourne to head to warmer, more northern grounds. If you decide to do the same, be sure to read about all the transportation options, even bus travel and train travel in Australia if you have time to spare.

The March weather in Australia is very spring-like. However, the tropical north may still be experiencing rains from the wet season that can make it very sticky to visit.

Canberra Day
Canberra Day takes place on the second Monday in March and is an official public holiday in the ACT. It is to celebrate the day Canberra was named.