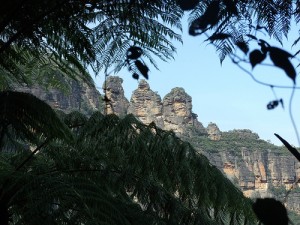 Located in the southern hemisphere, Australia in June starts to get its first taste of the upcoming short winter season. For a lot of the country, temperatures do drop, and a bit more rain might fall, but it is definitely abnormal to experience snow anywhere except for on the highest peaks in June. In fact, winter in Australia in some locations is practically the same as summer.

Tourist numbers decline near June, and those that do stay tend to head north to Cairns to experience the endless summer possibilities of Australia. Cheap flights in Australia make that dream a quick reality for some, while other travelers may choose a campervan rental to enjoy the coast in the process.

Travelers to the southern cities of Sydney and Melbourne, for example, may experience less crowded attractions and hostels in the off-season, but there is still no lack of events and activities around to keep you from having a memorable stay. June in all areas of Australia sees days at the beach and heaps of sun, so you can do all that it has to offer, such as snorkel the Great Barrier Reef and hike Uluru.

Australia is a very large country, so the weather in Australia in June can vary greatly from top to bottom and coast to coast. The Northern Territory will stay quite warm all year, the south will experience some brisk days and nights, and the center will have hot days and cold nights.

Queen’s Birthday
The Queen’s Birthday is a public holiday celebrated on the second Monday of the month. All areas except for Western Australia recognize the Queen on this date.

>> Read more about The Queen’s Birthday

Yulefest in Blue Mountains
Since the Aussies celebrate their Christmas holidays in the summer months, they don’t get to partake in all the goodies that the winter holidays offer those in the northern hemisphere. So, they’ve put together Yulefest in the Blue Mountains where locals and tourists can experience log files, holiday caroling and winter treats. It starts in June and runs through winter.

Snow Season
Snow season in Australia is generally kicked off with the Queen’s Birthday. It is the time of the year that winter sport enthusiasts love as everyone starts to flock to the mountains.