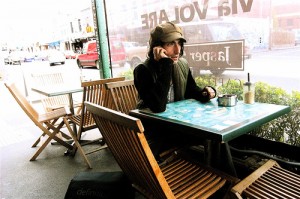 Australia is more than just beaches and the outback, and to prove that point there’s Melbourne in July. Melbourne has a draw all its own, with culture, arts, shopping, restaurants and cafes mixing to give any tourist – no matter which season they arrive in – a number of activities to keep them busy and happy.

Christmas in July – Just like Sydney in July, Melbourne also celebrates the colder months with a little bit of Christmas in July. The Winter Festival makes its way down to the Melbourne with suiting activities, exhibits, food and drink.

>> Find out more of what’s on in Melbourne

The winter in Melbourne could be a bit changeable. The days might be cloudy and cool, or the sun might pop out and warm it all up!

>> Read more about Weather in Australia

The two main ways of entering Australia is either through flights to Sydney, or flights to Melbourne. Luckily, Melbourne in July would be considered the off-season, so airfares are going to be a bit lower than at other times of the year as long as you plan ahead. There can be a big difference between the summer and winter prices, so if you can handle a little chill, you could say a lot of dough.

If you’re wondering where to stay in Melbourne, you have plenty of awesome places to choose from. Melbourne is home to some of the fanciest hotels and some of the best budget hostels, so whether you are a first-class traveler or a budget backpacker, there is a lovely little home for you there.