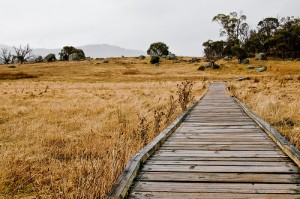 Australia in July sees itself in the full-swing of winter, but it is still a place to visit and spend time outdoors. The far north of the country basks in sunshine and reaches temperatures in the 30s (Celsius) on many days of the week, so traveling to the Great Barrier Reef or Kakadu National Park is not a problem. In the southern areas, the mountains generally take on a white cover, so a popular place to find the locals would be at “the Snow”.

Skiing and snowboarding are found in the Snowy Mountains in New South Wales, as well as mountains in Victoria and Tasmania. Tours and special travel packages to Australian resorts in these areas can be booked for the ultimate winter getaway in a land known for anything but its winter weather.

The locals, even in the cooler areas of the country, will still treat the winter like summer with outdoor barbecues and activities galore. If traveling to Perth or Sydney, be sure to bring an umbrella as it is the time of the year for a bit of rain. Still, when the sun shines, it is bright and bold and worth heading to the beach to take in. Tourists come from far and wide, often finding cheaper airfares to Australia during this time.

When planning a trip to Australia in July, it is best to check the weather in Australia for the exact locations you will be visiting. Weather in July can vary quite a bit, and one might find it interesting to know that Canberra is often cooler than Tasmania, even though it isn’t as far south. Alice Springs for example is also fairly warm in the day, but freezing when the sun goes down.

Revelation Perth International Film Festival
Revelation is an annual film festival in Perth that began in 1997. It features independent films and documentaries to name a few.

State of Origin Game 3
Game 3 of the popular State of Origin footy competition takes place this year in July on the 6th at the Suncorp Stadium in Brisbane.

Yulefest in Blue Mountains
Christmas in July is a popular concept in Australia since the Aussies celebrate the real Christmas holidays in the summer months. Without this mid-year treat, they wouldn’t get to partake in the goodies and events that go along with the winter holidays. The Blue Mountains is the perfect setting in New South Wales to spread a little of the holiday cheer during June, July and August.