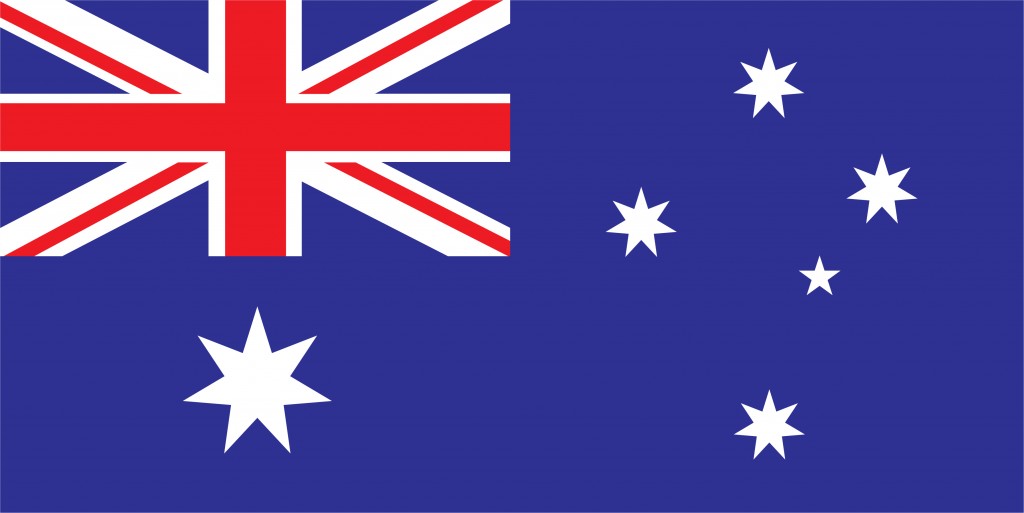 Description of the Australia Flag
The Australia flag contains a one-quarter section displaying the Union Flag, otherwise known as the flag of the United Kingdom. This signifies that Australia is a Commonwealth country. The majority of the flag is blue with white stars on top. The right half of the flag contains stars representing the Southern Cross constellation.

The large white star in the lower-left quadrant is called the Commonwealth Star, and it contains 7 points — 6 to represent the original states of Australia, and the 7th to represent the territories and any additional states that may arise in the future.

Brief History of the Australia Flag
The Australia flag was put into use in 1901 after Australia was initiated into Federation. The original design was chosen in a worldwide contest, while the final design was approved in 1902 by King Edward VII. At this time, the Commonwealth Star only had 6 points, and it wasn’t until 1905 that a 7th point was added for additional territories of Australia.